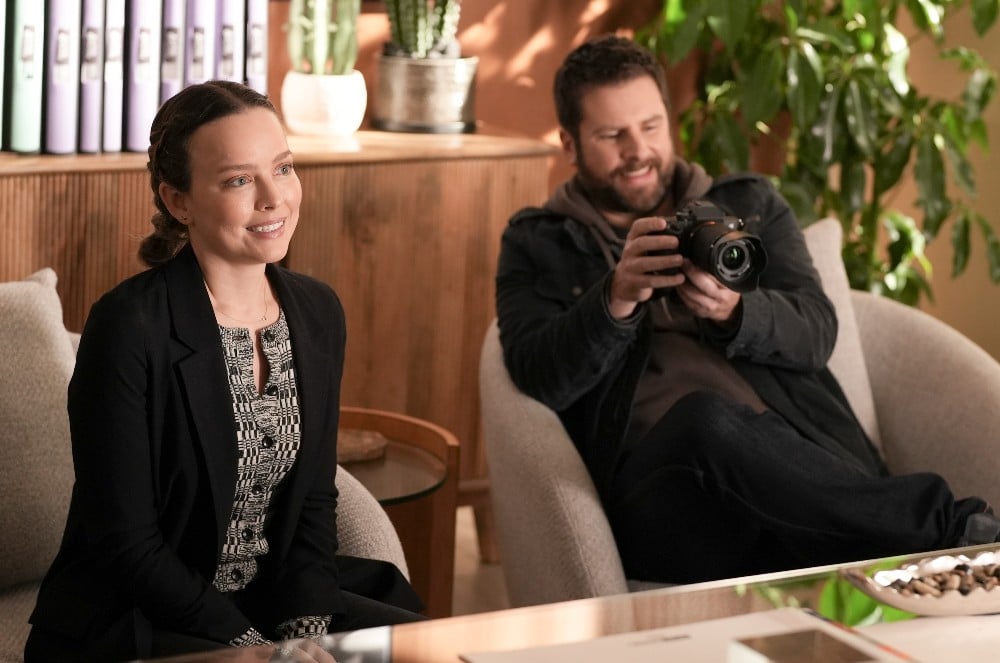 We can think of only one thing from A Million Little Things that we haven’t yet had a chance to do (after previously speaking with the talented David Giuntoli a couple of times, the awesome Romany Malco and Christina Moses, and the wonderful Floriana Lima), but we to this point had not had the opportunity to speak with the fantastic Allison Miller, who not only stars in the dramedy as Maggie Bloom, a therapist and a cancer survivor that has an on-again, off-again relationship with James Roday Rodriguez’s Gary (a cancer survivor himself), which is currently on-again. In addition to starring in the series and being an integral part of the Big Chill-like ensemble, she spoke with us about how she built upon her experience with her short film into now directing an episode of A Million Little Things as well. Previously coming off roles on Netflix’s 13 Reasons Why and the series Incorporated, Miller follows in the footsteps of her mentor and long-time actress Joanna Kerns, ace director in such shows as A Million Little Things (and Crazy Ex-Girlfriend, This is Us and Tiny Pretty Things). In fact, in our video interview, Miller spoke extremely highly of following in Kerns’ footsteps. Miller’s episode is entitled 60 Minutes and focuses on unique pairings, such as James Roday Rodriguez’s Gary Mendez and Lizzy Greene’s Sophie Dixon, as well as on the developing relationship between Grace Park’s Katherine Kim and Cameron Esposito’s Greta Strome, and also Romany Malco’s Rome returning to his high school to teach a documentary filmmaking course. The episode feels light and funny but also focuses on serious subjects such as undocumented immigrants and the struggles of revealing a mental health diagnosis to an intimate partner. Allison Miller was beyond wonderful in sharing some of the moments that have meant to her on this special show. The multi-hyphenate also revealed a little bit of the heartwarming feedback that she has received from cancer survivors in real life.