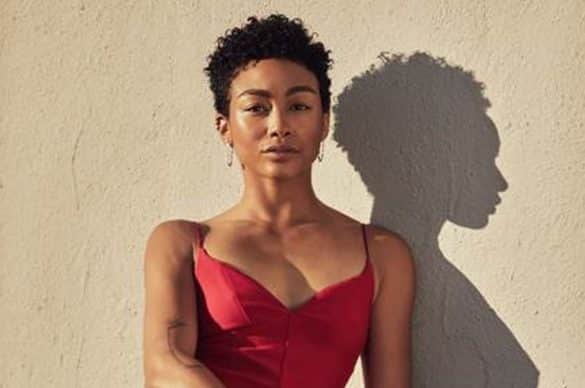 Tati Gabrielle is everywhere right now (featured on the upcoming third season of You, having recently completed the fourth and final part of the insane Chilling Adventures of Sabrina, starring in a main role in the anticipated Uncharted movie). We were pleased to interview the talented actress for one more project on the go, the scripted podcast ‘Aftershock’, set to air its final episode on September 15th. Aftershock is spearheaded by actress and now producer as well as director Sarah Wayne Callies.

Naturally, Tati Gabrielle spoke incredibly highly of Callies in our Zoom video interview (recorded a few weeks ago), calling her a mentor and sharing how she inspires Gabrielle to want to direct, produce and create her own projects. But Aftershock is no shock in how Gabrielle is able to embody another wholly different character (a sassy teenager in this case) and in how the scripted podcast, also featuring Callies, David Harbour and Jeffrey Dean Morgan, happens to feel current, modern, and a little scary.

Aftershock is now available on iHeartMedia

Interview: Shang-Chi and the Legend of the Ten Rings’ Simu Liu