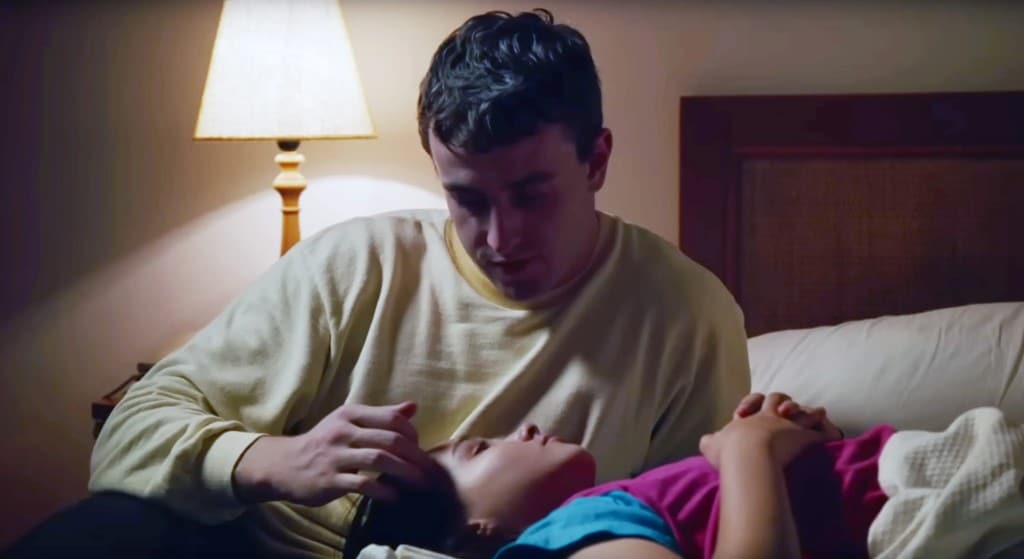 Aftersun writer/director Charlotte Wells and star Paul Mescal sat down with Brief Take during the Toronto International Film Festival 2022 to talk about why men should be opening up more about their mental health, (with a callback to Mescal’s previous project Normal People, in which he starred as Connell Waldron), and the audience reactions to the movie, with a focus on whether the elliptical film needs to have an audience go deep into trying to untangle a few of the central mysteries at its core. The film has a heartbreaking and memorable dance sequence and we discussed how Mescal felt performing that pivotal dancing scene (and also dancing in the movie Carmen, which also appeared at the festival). And, for the first time ever, Mescal revealed which scene was the most difficult for him to film.

Twenty years after their last holiday at a fading vacation resort, Sophie, through memory and a video camera, reflects on the rare time spent with her loving and idealistic father Calum (Mescal). Only 11 years old, the world of adolescence creeps into Sophie’s (who is played as a child by the transfixing Frankie Coiro)’s view, Calum appears to struggle with the weight of life outside of fatherhood, often appearing in scenes with a cast on his arm, or crying remarkably hard. In some way, we can tell that this man just does not have his life together and this was possibly Sophie and Calum’s last ever trip together, or worse, the last time that they spent any sort of time together. (However, the film does have a killer soundtrack, and any time that Bran Van 3000 is going to appear in a film, we are definitely all about it.) Sophie’s recollections become a powerful portrait of their relationship, as she attempts to reconcile the father she knows with the man she doesn’t know at all.