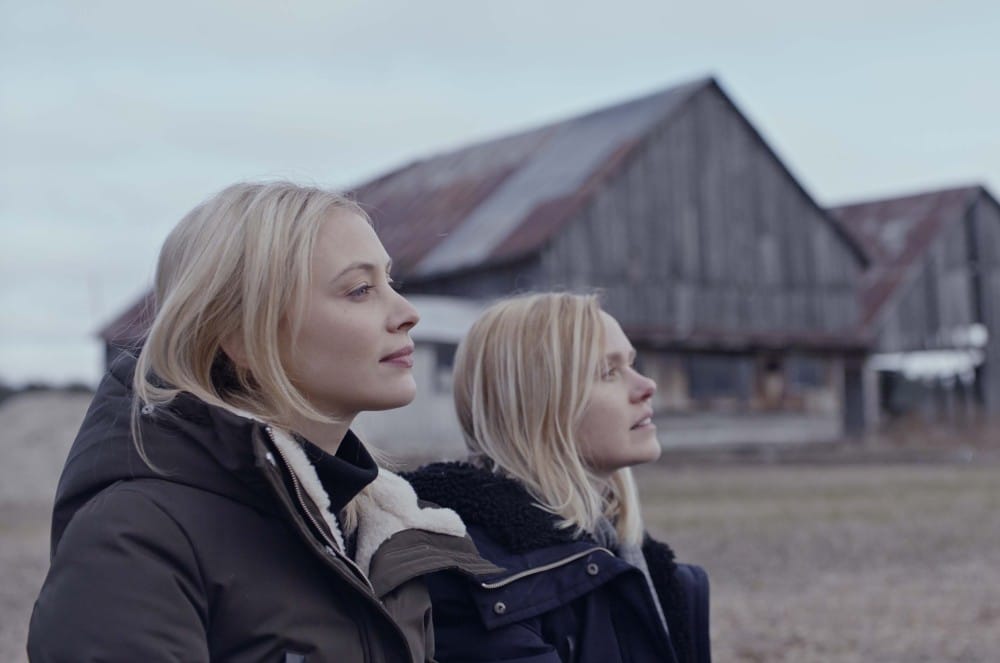 If there was one single movie that profoundly affected Brief Take at the this year’s Toronto International Film Festival, then this movie would be Michael McGowan’s appropriately chilly adaptation of Miriam Toews’ searing novel All My Puny Sorrows. We remember being in the Princess of Wales Theatre and hearing most of the audience around us bawling to the film shot over 20 days in Northern Ontario. All My Puny Sorrows stars long-time favourites (and former Canadian young actors that grew up in the industry) Alison Pill and Sarah Gadon, as siblings who attempt to reconcile their shared family history after Gadon’s character’s suicide attempt as well as confront their shared trauma growing up in an insular Mennonite community. In the characters of Yoli (Pill) and Elf (Gadon), the sisters at the core of the film, it truly is the pairing of long time friends Pill and Gadon at its heart. It is astounding how both Pill as a woman getting through a divorce and Gadon as a pianist dealing with severe depression, capture the feeling of a sisterly relationship (even a chilly one) and uncover secrets both old and new in the course of this challenging and necessary film. Director Michael McGowan has demonstrated that he’s fit to handle almost every genre in works as diverse as Still Mine, which deals with bureaucracy and aging and stars James Cromwell and Geneviève Bujold, and One Week, starring Joshua Jackson and Liane Balaban, and Score: A Hockey Musical, which the concept is in the title (and stars a pre-Schitt’s Creek and Outer Range fame Noah Reid). This film may be darker in subject matter, but still contains moments of levity.

Click below for more with Alison Pill, Michael McGowan and Sarah Gadon, the trio behind All My Puny Sorrows.

All My Puny Sorrows opens April 15 in Toronto, Vancouver and Montreal!