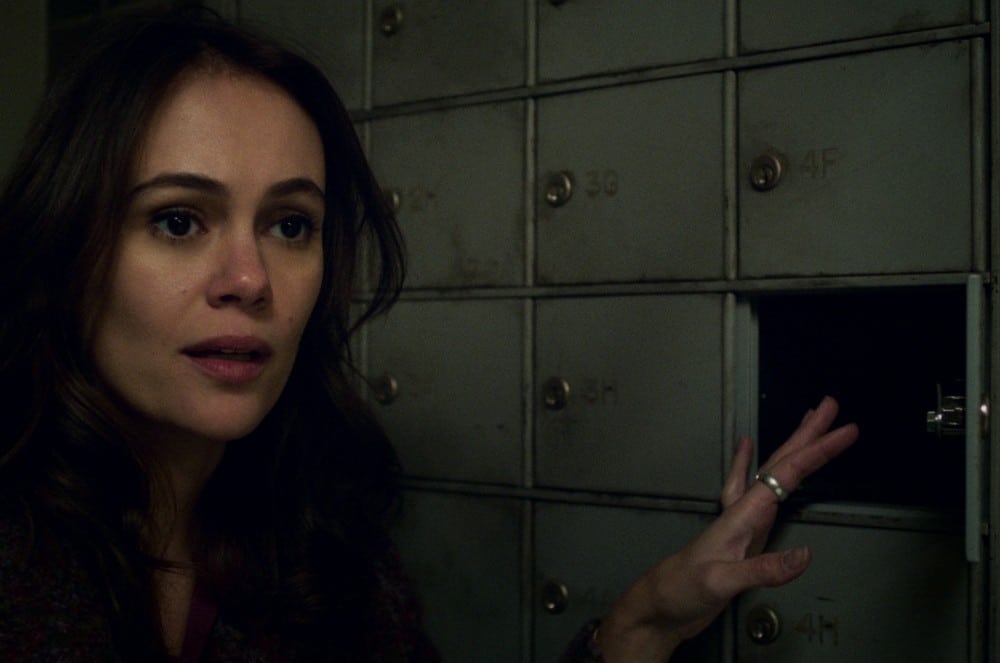 The extremely talented Saudi-Norwegian actress Dina Shihabi of the #1 Trending Netflix series Archive 81 is an absolute fave of ours at Brief Take. Shihabi is particularly special as we interviewed this delightful sweetheart for the Prime Video series Tom Clancy’s Jack Ryan and she blew us away in terms of how she is giving and understanding (as well, she immediately shared the piece on all her social media channels). Therefore, it was a wonderfully natural idea to check in with Shihabi about the extremely buzzy series based on a podcast prior to its streaming debut. While the show gave us nightmares (understandable, as James Wan is a producer), Shihabi delivers an outstanding performance as Melody Pendras, who is stuck in the year 1994 and is brought to life, in a way, by archivist and conservator Dan Turner (Mamoudou Athie). Melody stumbles into what appears to be a small group of secretive tight-knit residents at an apartment complex called the Visser. This group turns out to be much more, a revelation that is spread across past, present and future timelines. In addition to diving into the significance of the subject matter, Shihabi singled out working with director Haifaa Al Mansour, as well as highlighting performances from recent mother Julia Chan (as her roommate Anabelle) as well as Evan Jonigkeit (as Samuel Spare, and we’ll let you discover how he fits in). Archive 81 is a scary and female-driven series and a fantastic leading lady in Dina Shihabi, what more could one ask?!

Archive 81 is now streaming on Netflix