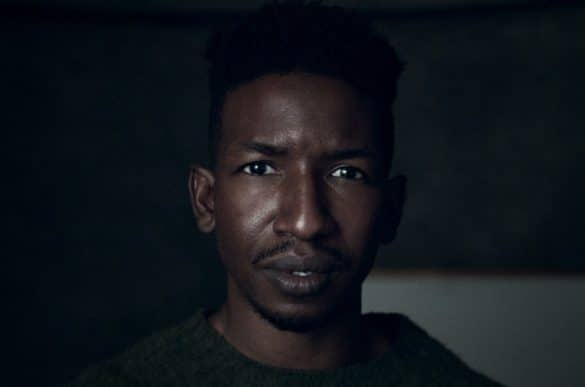 As much as the series Archive 81 on Netflix surpassed our expectations (we had nightmares for days afterward), so too did an amazing sit-down chat with the lead actor of the series, Mamoudou Athie. While Athie has starred in such diverse projects as The Get Down, (also for Netflix), Jason Reitman’s The Front Runner, Brie Larson-directed Unicorn Store, the criminally underseen Prentice Penny wine and barbecue feature Uncorked (opposite Courtney B. Vance and Niecy Nash), it is possible that through the slow-burning and potent Archive 81 that many people are discovering Mamoudou Athie and his work. The series, developed and executive produced by Rebecca Sonnenshine, continues a trend for Athie for often starring in female-led and female-driven projects, and the thoughtful thespian praises director Rebecca Thomas, who directed four of the eight episodes for her earlier work Electrick Children, along with the performance of her lead, Ozark’s Julia Garner, with whom Athie himself later worked. Perhaps the most impressive element in Archive 81, in which Athie stars as archivist Dan Turner, is the present and clear tone, as there are only a handful of shows and certainly not many in recent memory, that mix sci-fi, horror and the supernatural as effectively. And in fact, Athie himself was clear in his tone, as we rarely speaks with actors that are as grounded and down-to-earth as the Yale MFA, who singled out fellow Yale graduate Yahya Abdul-Mateen II as someone with whom he would like to work in the future.

Archive 81 is now streaming on Netflix