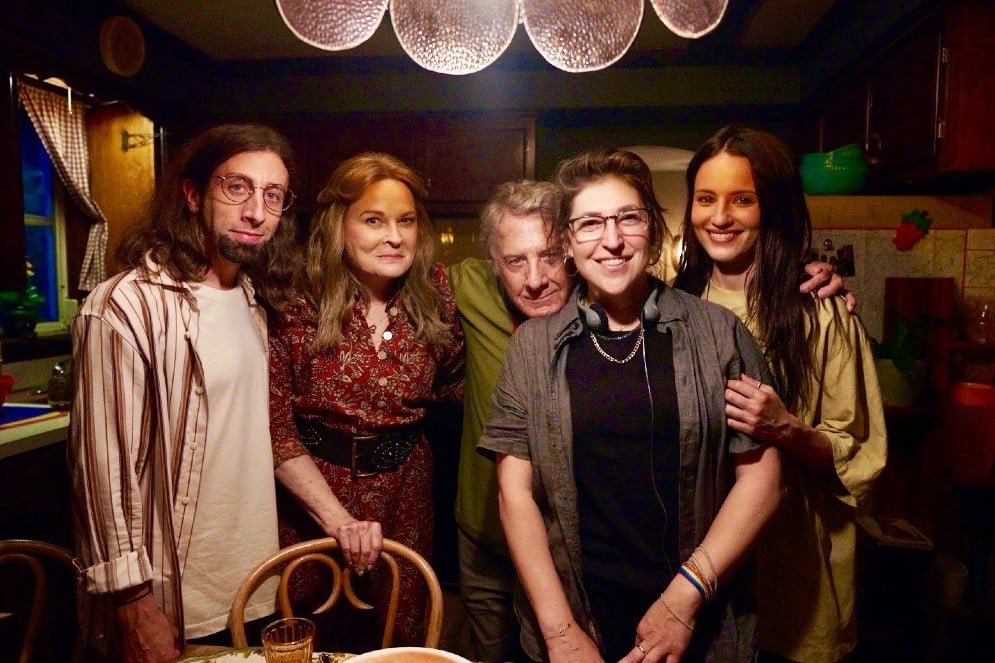 Although a lot of people may feel that they have quite an intimate connection with Mayim Bialik (from her award-winning performance in The Big Bang Theory, to hosting Jeopardy!, from her years on television in Blossom or her current series Call Me Kat), we prefer to think of Bialik as something of an icon. Her new film, As They Made Us, in which Bialik makes her feature directorial and screenwriting debut, is a loosely autobiographical narrative. The character of Abigail in the film, played beautifully by Dianna Agron, is a divorced mother of two, (like Bialik is in real life), dealing with her aging parents (played by screen legends Dustin Hoffman and Candice Bergen), and as her brother, we see a link to The Big Bang Theory as Simon Helberg plays Nathan. It is a personal film centring on grief, one in which we rarely see in this way, and kudos to Quiver Distribution for giving the film a proper platform.

We spoke with the multi-hyphenate Mayim Bialik on Erev Pesach (the day before Passover) and we were impressed by her candid nature. Watch our video interview below to see a side of a public figure that may be not as familiar, and please do seek out her poetic film, As They Made Us.

As They Made Us is now available on VOD