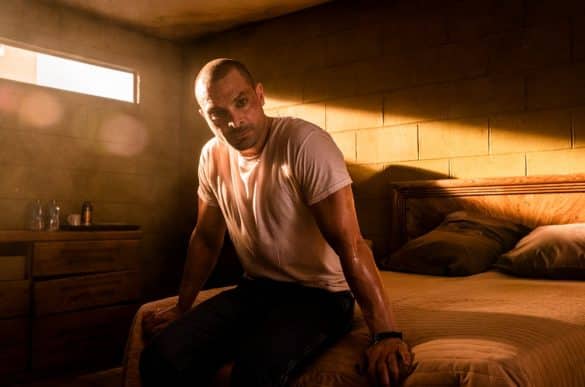 The brilliance of a series such as Better Call Saul, which is soon to be airing its sixth and final season (split into two halves, with each qualifying for Emmy consideration in different years) is in a character such as Nacho Varga, played with aplomb by Canadian actor Michael Mando. You never seem to have a total handle on the intentions of Nacho, who to compound matters, does not appear in the series for which Better Call Saul is a prequel, which is Breaking Bad. We know that Nacho is looking out for his father and will do anything to protect him, but he is also a criminal who works for Salamanca (Mark Margolis) and in an incredible wordless scene, switches out Hector Salamanca’s heart medication with fakes. And in fact, a lot of Nacho’s actions could be seen as noble and virtuous, a sharp contrast from the often sleazy ethics of leading man and series star Jimmy McGill, now using the alias of Saul Goodman, and played by the charismatic Bob Odenkirk. Further complicating matters is that the actions of Nacho have run him afoul of the Salamancas and the Juarez cartel, and with the introduction of Hector’s nephew, Lalo, played by Tony Dalton. A viewer of the series assumes that when Nacho is found out by Lalo, a character not exactly known for kindness, has discovered that Nacho Vega was behind the switching of the heart medication assumes that Nacho is going to have to run for his life. As this season picks up with Nacho on the run from the Salamancas, the character is at his most feral, and Mando quickly defends every action that Nacho has done up to this point. This led to a really fascinating discussion with Mando, who at every step defends the character of Nacho Vega, while being careful to not reveal what goes down in the long anticipated and explosive last season of Better Call Saul.

We sat down with the gentle portrayer of Nacho Vega, Michael Mando, and pressed him for details.