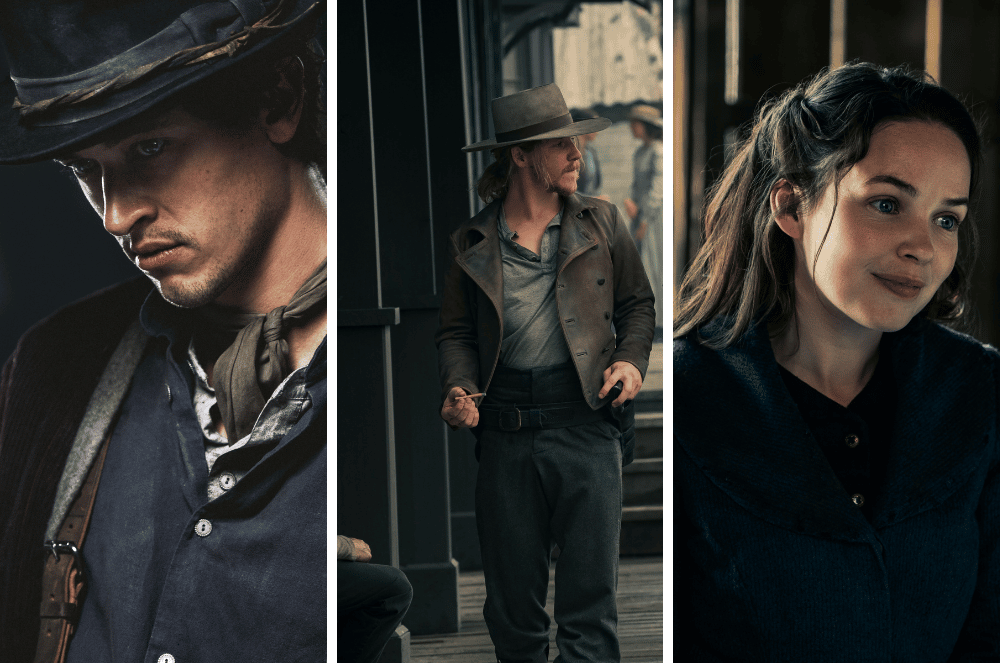 Epix’s appropriately epic Billy The Kid is kind of a unicorn series in this day and age, but to absolutely wonderful effect, shot in Calgary, Alberta. It is the kind of show that harkens back to an earlier era, not just that of cowboys and westerns, but a sort of slower-paced series, in which each episode involves a single plot and the result is a kind of serial that is resolved and the outlaw known as William H. Bonney moves on to the next town. Of course, there are constants between each episode and these constants are in the form of Billy the Kid (played beautifully by English actor Tom Blyth) and fellow outlaw Jesse Evans (played by Aussie Daniel Webber). It also stars Northern Ireland’s Eileen O’Higgins as Billy the Kid’s loving Mother Kathleen McCarty, and it is her faith-based upbringing of Billy that forms the heart and foundation of the series. It’s also the rarest of fascinating accurately portrayed historical shows, and what else would we expect from creator Michael Hirst, who tends to dive into disparate historical eras with his shows?! The show feels extremely authentic, especially when it explores the Irish roots of Billy, featuring period appropriate music at that. As this is an outlaw series first and foremost, it features plenty of gunplay and murder, and yet more than anything else, tries to find the middle ground between the mythology of Billy The Kid and the actual reality that took place.

Along for the ride with Michael Hirst is renowned Executive Producer Donald De Line, who spoke glowingly of working with creator Hirst for the first time on the Billy the Kid series, and we feel like this very particular show has a chance to really capture a specific audience, as we were certainly captured by the interviews for the series with its talented cast and eloquent creators.