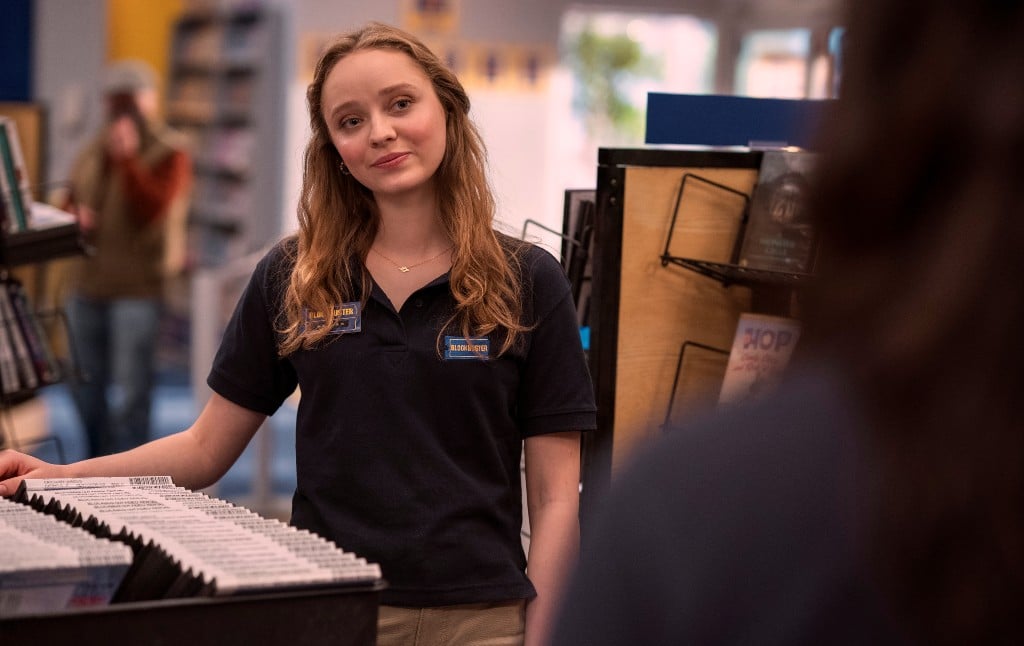 Blockbuster follows Timmy Yoon (Randall Park), an analog dreamer living in a 5G world. And after learning he is operating the last Blockbuster Video in America, Timmy and his staff (including his long-time crush, Eliza, played by Melissa Fumero) fight to stay relevant. The only way to succeed is to remind their community that they provide something big corporations can’t: human connection. The comedy then follows the video store workers as they struggle to keep the business from closing.

One of the stars of Netflix’s Blockbuster, Madeleine Arthur recently chatted on Zoom video with Brief Take about playing “Hannah” & how she changed her posture and voice to portray her. Madeleine also revealed her favourite scenes to film for the Netflix comedy, and which one in particular which gave her the giggles. Madeleine then gushed about her Blockbuster co-stars Tyler Alvarez & Olga Merediz, her Big Eyes co-star Amy Adams, and her Color Out of Space co-star Nicolas Cage.

Blockbuster is now available to watch on Netflix