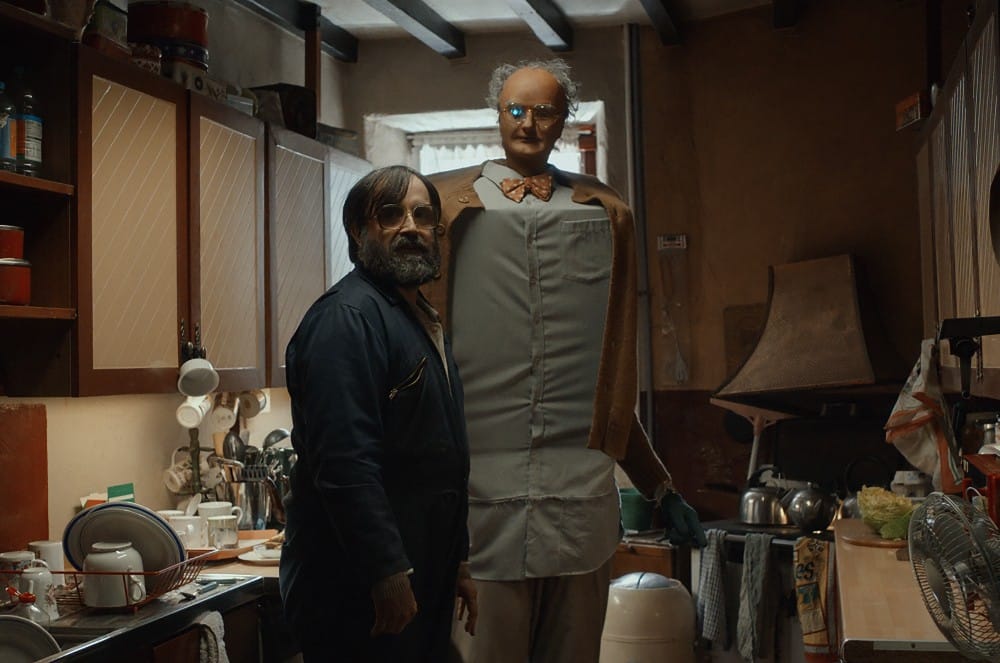 We loved the quirky British film Brian and Charles, based on a short film from five years earlier from the trio of director Jim Archer and the screenplay by David Earl and Chris Hayward (who are the leads of the film and play the title characters of Brian and Charles). Brian is Brian Gittins, a solitary inventor who lives in Wales. Chris Hayward, on the other hand, plays Charles Petrescu. If we haven’t made it clear by this point, Charles isn’t a human at all, he’s a robot. Finally, Brian has built an invention that has worked, although it took a huge storm in order to activate the robot who is formed by a cardboard box and a mannequin head. The pair turned out to be just as delightful in real life as on screen, although Hayward in particular was far less robotic. They were constantly joking and riffing with each other, which makes a lot of sense as both come from a comedic background and Earl in particular has worked with Ricky Gervais a number of times, as well as Joe Wilkinson. The duo joked a lot about their favourite inventions from the movie, in addition to Charles Petrescu, the robot. Also, they revealed a new term with us, perhaps that was something of an invention as well, they called it “Cozy Time”. We were quite taken by this concept of Cozy Time, which involved opening a bottle of red wine and getting warm, as opposed to often being cold and damp on set, (curse that U.K. weather). They also shared what Earl’s younger son felt about the film, as Earl revealed to us that some of the interactions between inventor and robot were actually based upon their real life interactions and that his son recognized this as well. They also discussed a desire to work together extremely soon and may be doing so. In a separate pairing, we spoke to the director Jim Archer and producer Rupert Majendie as well.

Brian and Charles is now playing in theatres