Interview: The cast and creators of Killing It 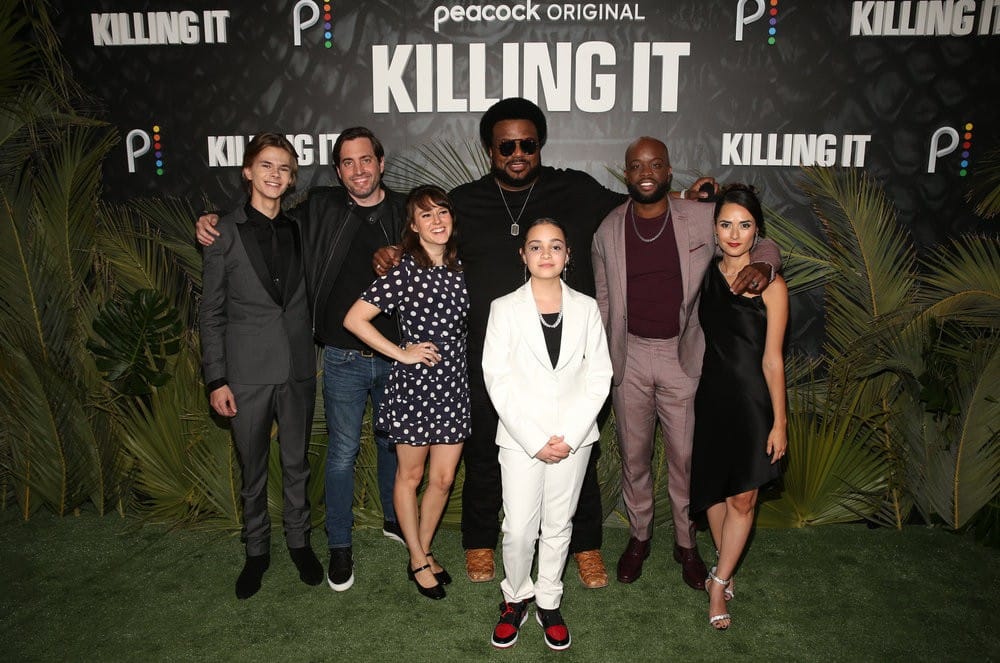 It was a team pursuit, but Brief Take made the concerted effort to secure a spot on the video junket for season one of the Peacock series Killing It. The series stars The Office‘s Craig Robinson as Craig (naturally) as a man on the brink of poverty in the year 2016. In the course of the show, in an effort to stay afloat, Craig enters a competition in Florida with the goal to catch pythons (and in doing so, he comes across a whole host of supporting characters, some of whom merit their own standalone episodes). In this immediately renewed series, the pairing of Brooklyn Nine-Nine‘s Dan Goor and Luke Del Tredici make a show that is funny but also an examination of hustlin’ to make it .

In terms of the aforementioned supporting characters, in the junket we were treated to a “comedy room” featuring Scott MacArthur, who in the series plays a kind of flyover country father, Brock. In terms of subjects that we thought we might never encounter in an interview, we picked up from MacArthur a large amount of knowledge of intimate snake anatomy. The jovial MacArthur went into explicit detail about how snakes have a unique pair (yes, pair), of tools with which to mate. Also in this room was Claudia O’Doherty, who had not long before featured in breakout smash Our Flag Means Death with Taika Waititi and Rhys Darby. Going back even further, she co-authored two books of fun facts of sharks and pandas and we suggested that she revisit and write a book about snakes. O’Doherty also discussed her hilarious standalone episode ‘Taskmaster’, also starring D’Arcy Carden and John Early. The third member of this comedy room was Rell Battle, the co-creator of Roast Battle (the name is a coincidence, we checked). He discussed his role in a quite serious episode of the show that had us feeling all the sad feels and apparently really did the same for him as well.

A final junket room was for the children of Craig and Brock, respectively, played by young talent Jet Miller and Wyatt Walter. Miller had an incredible line about the diversity on the series, focusing on how O’Doherty’s character Jillian G. is Australian and played by an Australian actress. Goor and Del Tredici also discussed the reason that the show is set in the year 2016, beginning with a more procedural reason but then enjoying that it was the year that Donald Trump was elected, which underpins this deceptively clever series.

Season one of Killing It is now available to watch on Peacock in the U.S. New episodes of Killing It air Tuesdays at 9:30pm ET on Showcase in Canada.