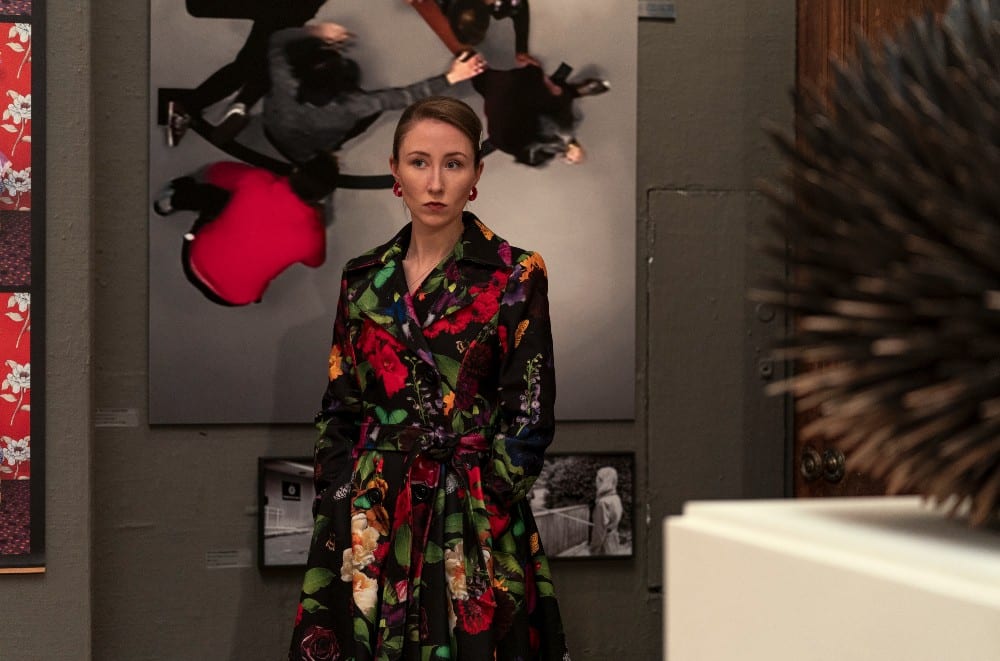 Erin Doherty is a fantastic leading lady, portraying the character Becky Green (and yes, surprisingly not the titular Chloe), in the Alice Seabright limited series that will keep you guessing (and will definitely keep you off of your phone, blindly scrolling through Instagram). On a recent rainy afternoon, Brief Take sat down virtually with Doherty, whom you may recognize from her transformative performance as Princess Anne in Netflix’s The Crown, to discuss her role in the Prime Video / BBC series Chloe. The Chloe junket day was in New York City, and from the hotel, the energetic Doherty shared with us her thoughts on The Smiths, a band that features prominently into the mythology of the thrilling series. We also asked Doherty what it was like to work with Jack Farthing, who plays the mysterious Richard and with whom Doherty shares a number of explosive scenes on the show. Lastly, we discussed how the U.K. based Doherty was in many ways sort of born to play this role. As well, we made a plan to supplement the junket interviews with speaking to Chloe creator Alice Seabright, direct from her home in London. Seabright, who is a bit of a puzzle box herself, similar to this series, was delighted about the fact that we asked about sound design and what that means to her, as well as about the haunting visuals in the series and the moody score composed by Will Gregory of Goldfrapp.

Click below for a pair of revealing interviews into a series for which we just cannot get our mind off, the thrilling ladies Erin Doherty and Alice Seabright of Prime Video’s Chloe.

Chloe is now available to watch on Prime Video