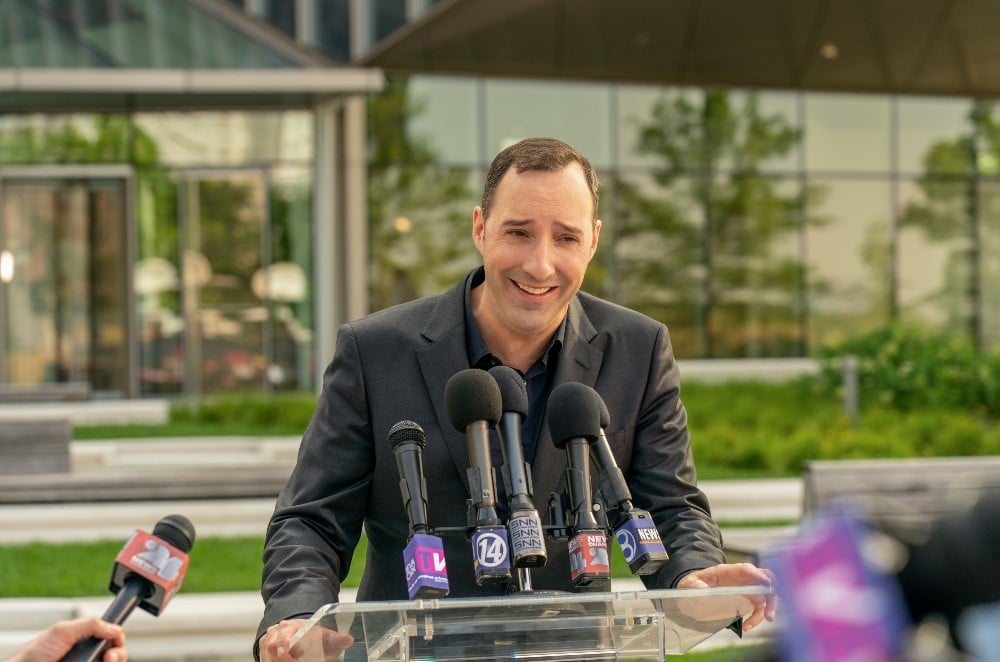 All hail Tony Hale. We spoke with the gregarious Hale in support of his work in the Disney/Pixar movie Toy Story 4, in which he starred as the memorable Forky. And now, Hale, who worked in the adult realm for a long time with Veep, Arrested Development, even currently in Prime Video’s Being the Ricardos, is back in the family space as Zach Tiernan, the owner of a genetics company that is trying to capture Clifford in Clifford the Big Red Dog. Yes, Hale is the villain of the film, but in the Clifford the Big Red Dog video junket, he couldn’t have been kinder. The actor/writer/producer went into great detail about filming the family favourite movie in 2019 and he relished the idea of being able to hang out with the cast during and after filming. As well, he discussed the experience of filming during COVID on the Disney+ original The Mysterious Benedict Society, which was recently renewed for a second season. More than anything, we get the sense that the accomplished Hale, captivated by our red background, enjoys working in the family sphere. See more below!

Clifford the Big Red Dog is now available on Digital