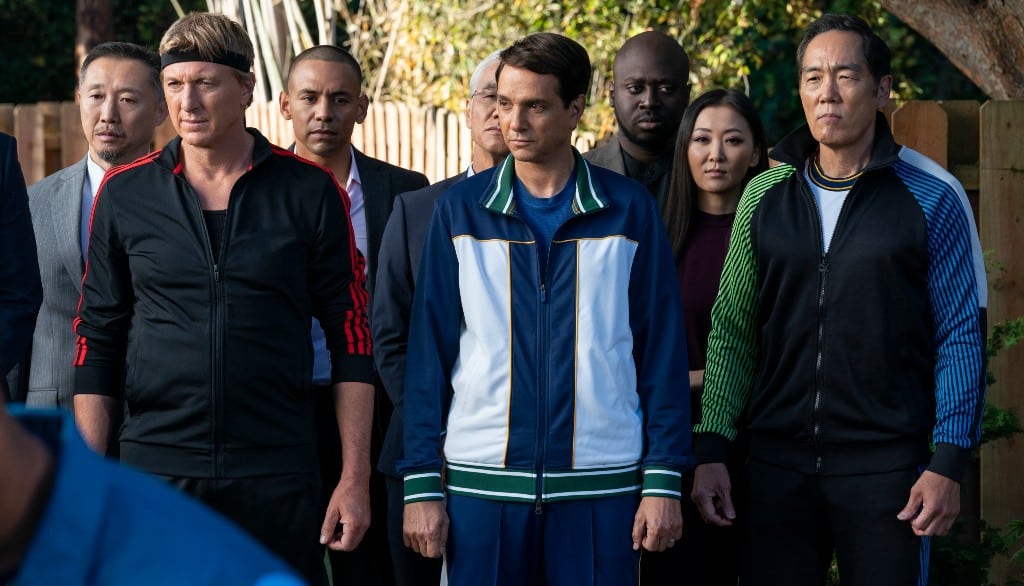 We cannot imagine a more fitting pairing than Ralph Macchio and William Zabka in our ongoing and continuous coverage of the popular Netflix series Cobra Kai. The series picks up years after The Karate Kid and explores the “Miyagi-verse”, and who better to give Brief Take the inside scoop on season five (the best one yet according to Zabka), than its two leads and producers that have been on the series since season one, but the portrayers of Daniel LaRusso and rival-turned-friend Johnny Lawrence?! In fact, this pairing of Macchio and Zabka was perhaps the only ones involved with Cobra Kai that we hadn’t spoken, as we’re certain that down to the extras and the boom mic operators that we have talked to every key player involved in the action-packed series. Zabka began by going even further as to why it was his favourite season to date and you will probably confer when you discover how hilarious he is this season, whether it is kicking some serious ass south of the border or when he is trying to raise some extra cash, as there are a couple of montages this year that are absolutely hilarious and Zabka deadpans it in the best way possible. In addition, Macchio was thrilled that we had a chance to dive into a backstage feature with him and onscreen daughter Samantha LaRusso’s portrayer Mary Mouser. As with his real life kid, Macchio more than gives us “Proud Dad” vibes and raves about how far Mouser has come in her Karate training as she famously had zero experience at the start of season one, but perhaps under Macchio’s wing, she began to train more each season. What is awesome about the Senseis of Miyagi-Do and Eagle Fang is they’re extremely down-to-earth and humble as we see below in our fun junket interview with Ralph Macchio and William Zabka of Cobra Kai.

Interview: The Lord of the Rings: The Rings of Power’s Dylan Smith