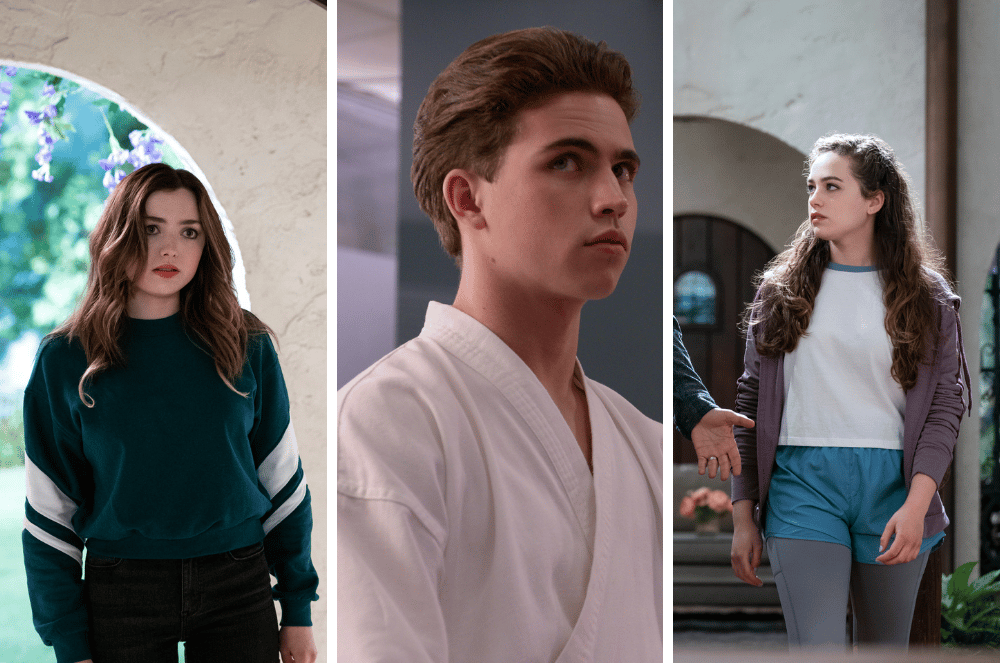 We were delighted to take part in the virtual video junket for the highly anticipated season four of Cobra Kai on Netflix and were especially excited to chat with Peyton List, Tanner Buchanan and Mary Mouser.  While speaking to Cobra Kai‘s Mouser (AKA Samantha LaRusso) seems to be a seasonal ritual, we had only briefly chatted with Tanner Buchanan for Netflix’s He’s All That, and this was our first time chatting with new season regular Peyton List. The idea of having Sam, Robby and Tory in a group was a thrill for a reason that we could not even mention to this trio, as the sequence with a dance (and a pool) was one of a number of thrilling highlights of this season of Cobra Kai. As we told the group, and Mouser in particular, this may be the best season ever of Cobra Kai and these three young standouts are a big reason why. Though Mouser is outnumbered two to one by the new recruits of Cobra Kai, how their interactions shake out this season are extremely memorable and all three go through incredible personal growth (and throw in some Karate for good measure).