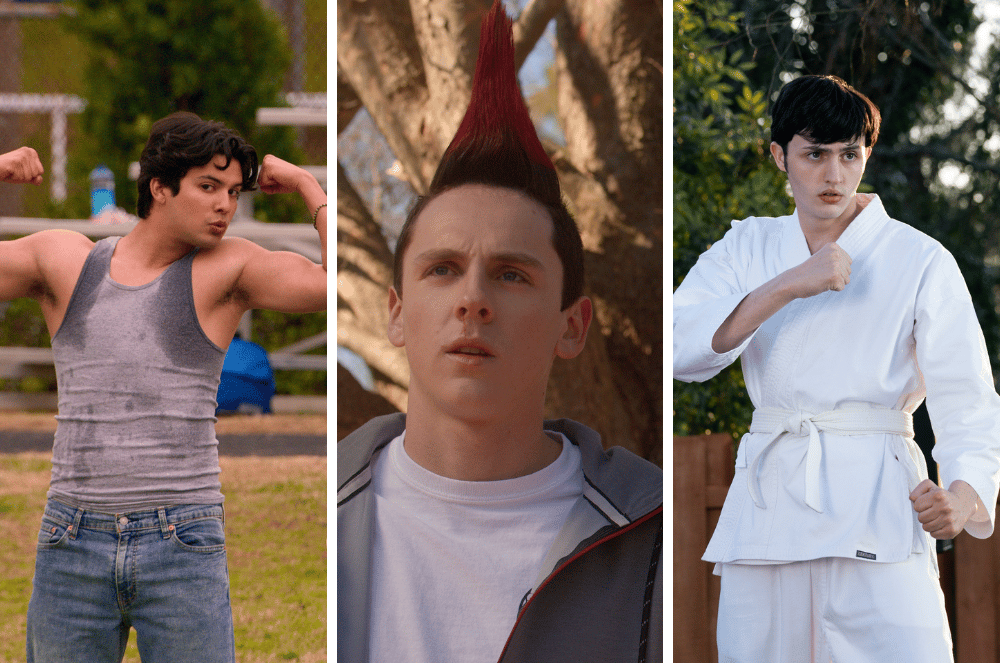 The Boys are back, specifically three boys who were bullied in earlier seasons of the massively popular Netflix series Cobra Kai. A few turned to the dark side, though Miguel Diaz (Xolo Maridueña), Eli “Hawk” Moskowitz (Jacob Bertrand) and Demitri (Gianni DeCenzo) are now on the side of good in the combined dojos of Miyagi-Do, led by Daniel LaRusso, and Eagle Fang, with Sensei Johnny Lawrence. In fact, seeing the Binary Brothers reunited results in one of the funniest videos that we have seen all year. On the Cobra Kai season four virtual video junket to which Brief Take was invited, we were able to ask Bertrand and DeCenzo spoiler-free what they were excited for viewers to see this season (and there is a lot!) and for Maridueña, not only is Miguel Diaz a prominent character this season, but also since the last time we have spoken with the talented emerging actor, he had been selected as the lead in the upcoming DC superhero film The Blue Beetle, which we were certain to mention in an informal, snappy and fun sit down chat with the boys of Cobra Kai.