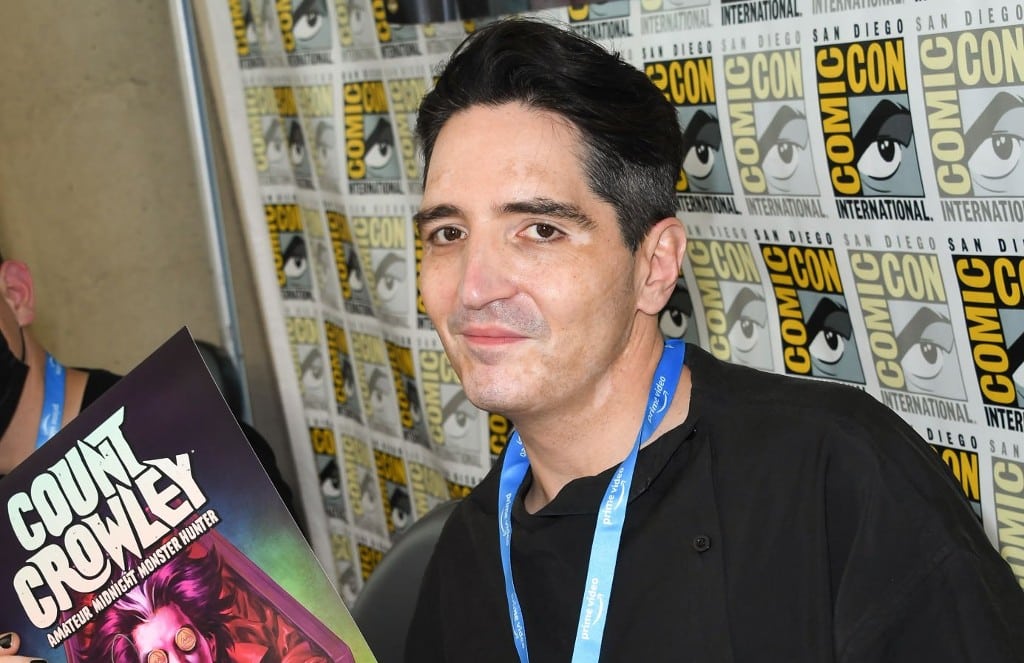 This is an interesting one. Originally, we were granted the chance to speak to actor-writer-producer-performer David Dastmalchian from the floor of San Diego Comic-Con. Dastmalchian is perhaps is best known for performances in The Dark Knight, Dune, Ant-Man, The Suicide Squad, he’s sort of “Hey, It’s That Guy” but for sci-fi and superhero movies. Of course he’s so much more that, as he’s written a volume of comic books, (and now a second volume), which are really good, to the point that you would expect that writing these would be his day job. The comic books are also quite personal for Dastmalchian. He isn’t shy in sharing his struggles with mental illness, addiction and recovery. He wrote and starred in semi-autobiographical films Animals and All Creatures Here Below (the latter opposite Karen Gillan), documenting his addiction to heroin as well as living out of his car and struggles with the law.

As we rescheduled for a later date, Dastmalchian, speaking from his home was incredibly personable (funny and articulate as well) as he discussed the second volume for Dark Horse Comics, called Count Crowley: Amateur Midnight Monster Hunter. The first was Count Crowley: Reluctant Midnight Monster Hunter (spot the difference?). Both focus on his protagonist, Jerri Bartman, a washed out tv reporter at a major network, who gets a second chance at a station owned by her family. Jerri ends up on a Vincent Price-like show, taking the place of one Count Crowley, who seems to have disappeared. As well, Jerri attempts (or not) to overcome her addiction to alcoholism in 1983 in Kansas. As the title of the books suggest, she discovers that the monsters she features on the late night creature feature happen to be real. And there is a cat with a pumpkin shaped birthmark on his nose, called The Cat, inspired by when Dastmalchian adopted a cat, Bubblegum, from Panama while filming The Suicide Squad. These comic book series are done in collaboration with artist and illustrator Lukas Ketner and look good and clearly mean a lot for Dastmalchian. Take a listen to an artist sharing stories about his work and click below for David Dastmalchian discussing the brand new Count Crowley: Amateur Midnight Monster Hunter.