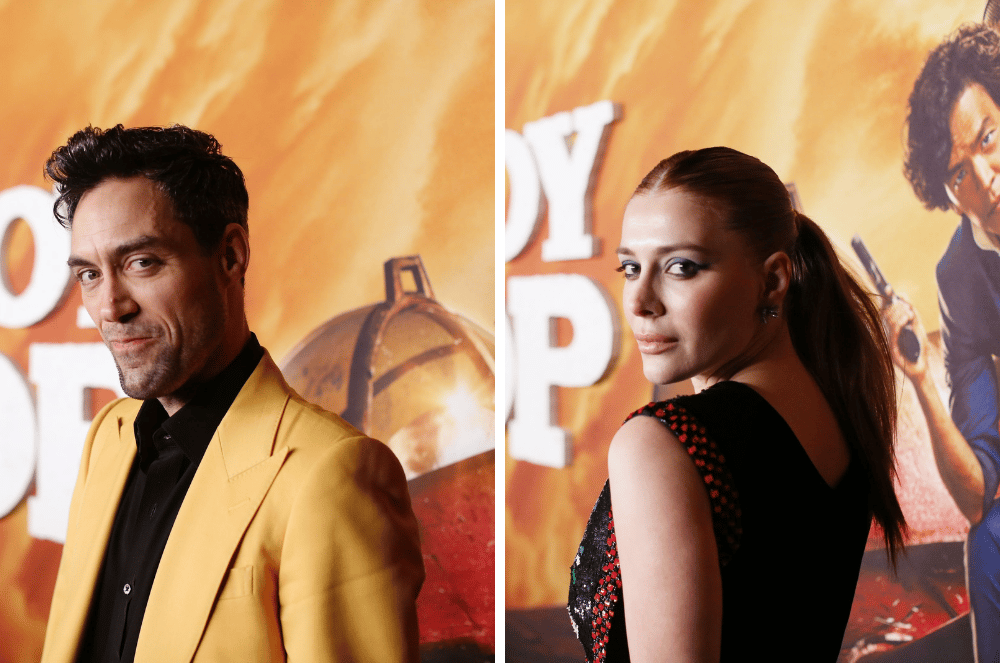 Cowboy Bebop is the top trending series on Netflix and viewers who dive in with an open mind will experience something incredible. The show features a group of ragtag space cowboys, starring John Cho as Spike Spiegel and featuring a scene stealing Daniella Pineda as revitalized Faye Valentine, and Mustafa Shakir as the captain Jet Black complete with a cybernetic arm. Also there is a genius dog, Ein. But the (evil) beating heart of the series might actually be Alex Hassell, who plays Vicious (yes, Vicious), a one time ally of Spike. Then there is Elena Satine as Julia, best described as the series’ enigmatic Femme Fatale. Satine has an incredible cabaret scene (her husband, Tyson Ritter, who also appears briefly in the series, is a musician). Julia also has divided loyalties, as we’re not sure if she is going to end up with Cho’s Spike or Hassell’s Vicious. Of course, we watched through to the end in order to ask Hassell and Satine at the virtual video junket about playing climactic scenes in episodes nine and ten. Swordplay, singing, bounty hunting, food references, what more can one ask for in a series?!