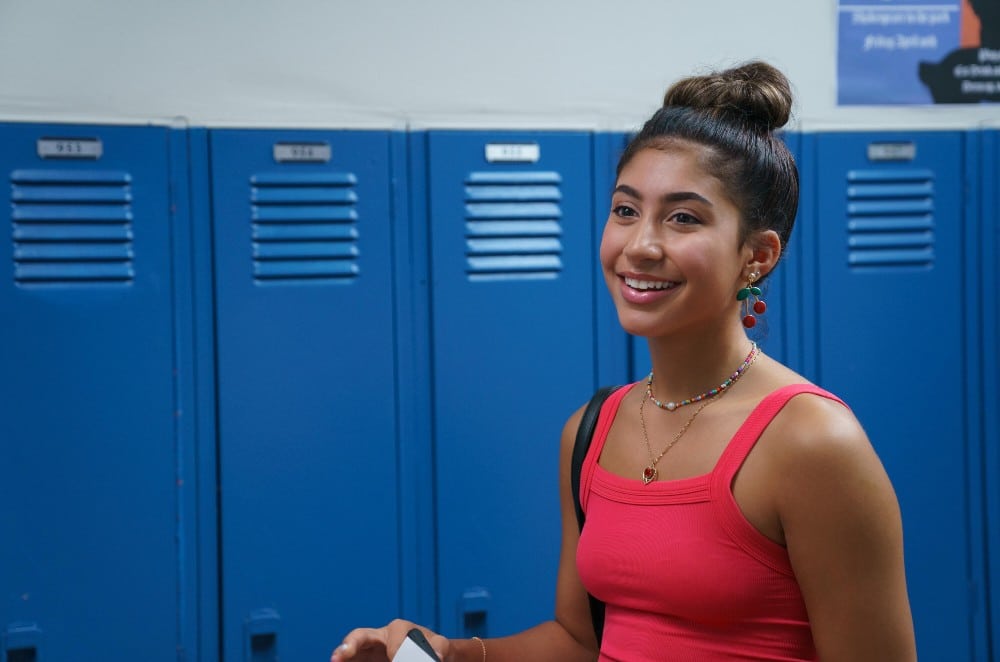 Crush‘s Isabella Ferreira is a supremely talented young actress who happens to also play Pilar Salazar in Love, Victor, another Hulu project that’s also one of our favourite shows. When Brief Take was invited to chat on Zoom video with the up-and-coming Latinx actress, we had so many questions to ask about both the movie and the show. As we were there for the movie though, we’ll start with Crush.

In the charming film directed by Sammi Cohen and written by Kirsten King and Casey Rackham, Ferreira plays Gabrielle Santos, one of the most popular girls in school (which seems to come quite naturally for the outgoing and funny Ferreira, and is a sharp contrast from Pilar, who is kind of a wallflower). Naturally, as the most charming girl in school, she attracts a lot of attention, and much of it comes from artist Paige Evans (Rowan Blanchard, for whom Ferreira speaks quite highly), and becomes the subject of the movie’s title Crush. Although just when you think that this is going to be your typical “opposites attract” type movie, (or as close as a queer teen rom com could possibly be to typical), along comes AJ Campos, the more introverted sister of Gabrielle, played by Auli’i Cravalho. Suddenly, when her track and field teammate AJ begins to train Paige, she loses sight of which sister she is crushing on, and the meeting of opposites becomes much more of a love triangle. The film makes excellent use of its filming location in a disguised Syracuse, New York and Ferreira shines in the film, especially in a later heartbreaking and all too relatable scene between her and Blanchard.

As for her work on the series Love, Victor, we made sure to mention to Ferreira how much we enjoyed the developing chemistry between her character Pilar and the heretofore new neighbour and friend of Michael Cimino’s Victor, (and again, a complication with an older sibling comes into play here), Felix, played by Anthony Turpel. Ferreira offered a special shoutout to her co-star Turpel and promised that we might be getting a little more insight into the complicated romance between Felix and Pilar.

Click below for more of Crush‘s Isabella Ferreira, of whom we are sure you will be seeing a lot more upcoming.

Crush is available to watch on Hulu on Friday, April 29