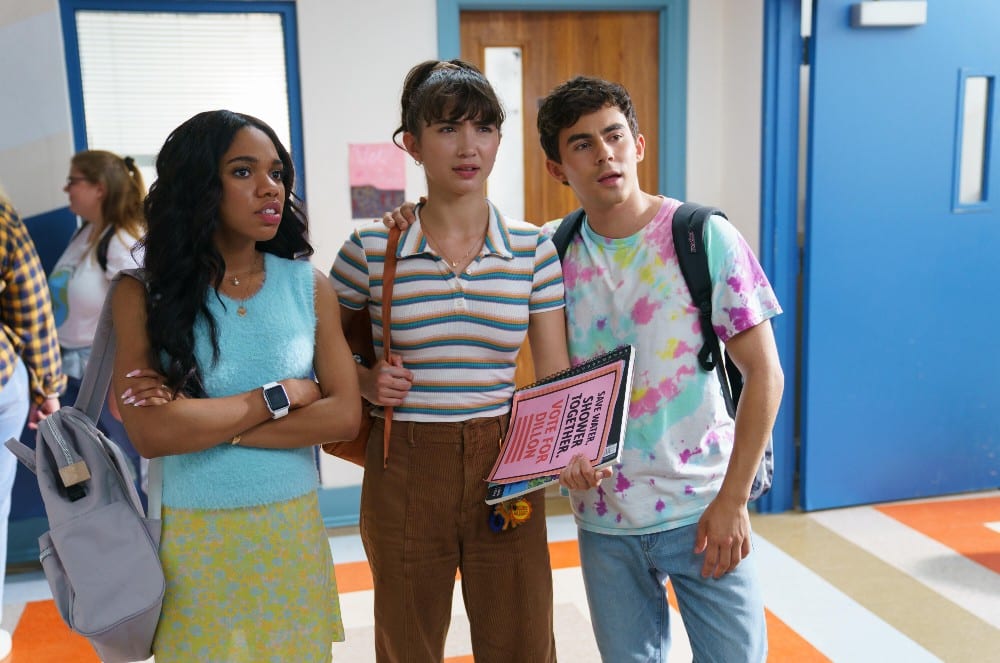 While coming in we kind of suspected that this might be the case, but we found the MVP of Hulu’s queer rom com Crush, YouTuber (@TTLYTEALA) and actress Teala Dunn, to be extremely cool! Of course, you don’t know until you actually speak to somebody, but the vibe and the energy and perhaps most importantly, the shine that she exhibits, she just feels like the definition of a rising star. In addition to her stellar work as Stacey in Crush, she also provided Brief Take with an exclusive about one of her additional roles, which also happens to be in the same family, but more on this a little bit later.

But first, let’s get to Stacey and Dillon (played by Tyler Alvarez), a couple you will definitely ship in the groundbreaking teen movie. We eagerly awaited scenes with  lead actress Rowan Blanchard, who plays Paige, to hang out with her two best friends, Stacey and Dillon, who just so happen to be madly in love with each other….and also both running for student body president. They have palpable chemistry and we seriously would want to be a member of this friend group. And it seems like Teala Dunn is running for student body president in life as well, as she is extremely passionate about this movie and really sells it in our interview, (though we’re already sold on the film because who doesn’t love the idea of a queer rom com?!).

Like co-star Isabella Ferreira, Dunn shares a little bit about filming those difficult track and field scenes, and what a wonderful experience it was shooting this movie in Syracuse, New York. Now, to when we asked Dunn what she had been watching recently, while many stars pick another show or film, Dunn selected the series Good Trouble, which is on Freeform (a Disney property like Hulu from which Crush exclusively streams). Dunn shared some information about what to expect when brand influencer Zelda is recurring on the show, and we could not be more excited to catch up on her arc. In fact, what sealed the deal for us is when we asked about Teala Dunn’s celebrity crush, and she selected multi-hyphenate Jack Harlow, rapper and star of the upcoming remake of White Men Can’t Jump.

Crush is released on Hulu on Friday, April 29