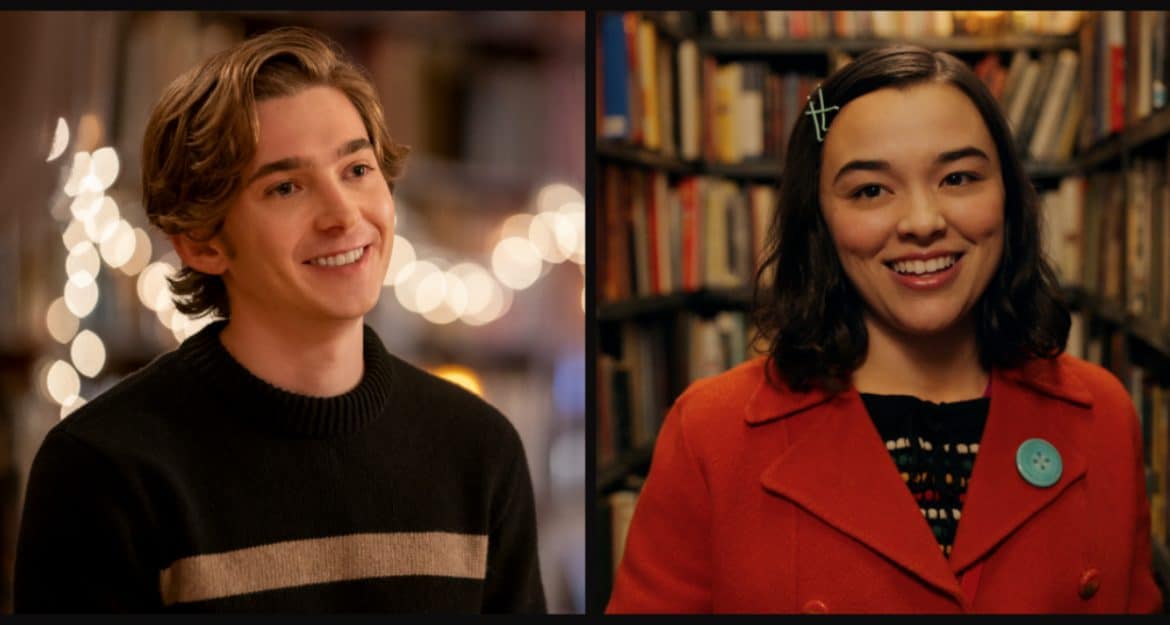 Based on the first book in David Levithan and Rachel Cohn’s Dash & Lily’s Book of Dares series, the new Netflix show Dash & Lily is an incredibly charming love letter to Christmas in New York (not to mention the myriad other charms of the eclectic city). At the recent Zoom video press junket for the show, I had the opportunity to chat with the show’s lead actors, Austin Abrams and Midori Francis (who play the titular main characters, respectively) and the following is our video conversation.