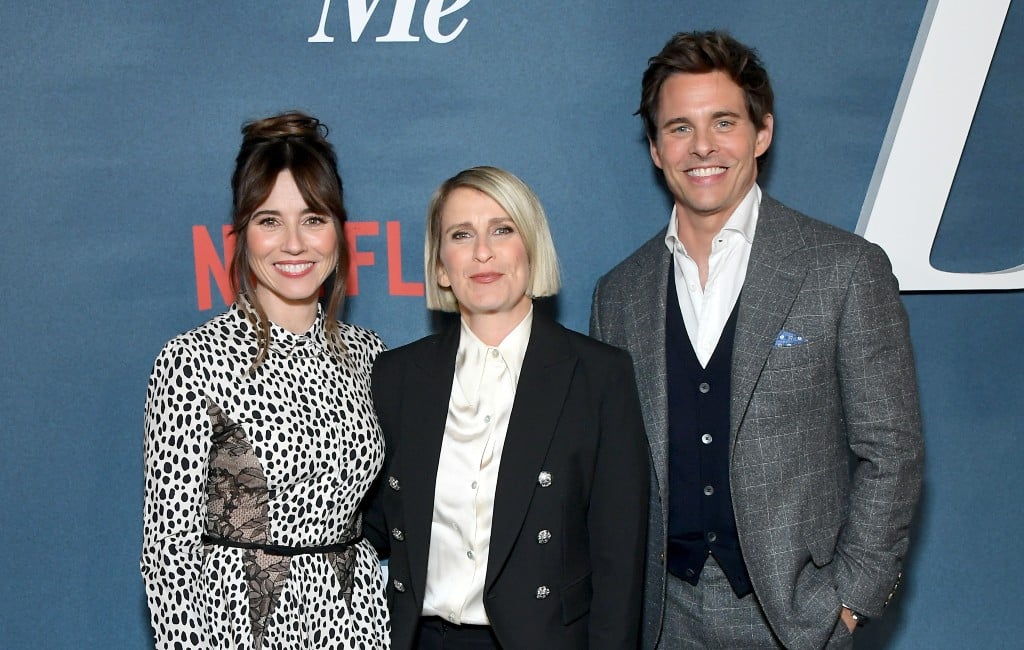 We had the special opportunity to sit down with Dead to Me stars Linda Cardellini (who plays Judy Hale and is also a co-executive producer of the series), James Marsden (who plays Steve Wood as well as his twin brother Ben Wood), as well as the creator of the series and showrunner Liz Feldman for season three of Dead to Me, which, unfortunately, is the final season of the Netflix show. The trio chatted with Brief Take about their last days on the set of the beloved Netflix dramedy. The talented trio also gushed over series star and executive producer Christina Applegate, (who in real life was recently diagnosed with MS and therefore could not attend the junket).

Dead to Me is, at its heart, about a friendship that blossoms between Jen Harding (played by Christina Applegate) and Judy Hale (Linda Cardellini) while both are in relatively dark places. Jen is a recently widowed real estate agent based in Laguna Beach who is trying to come to terms with the loss of her husband using therapy, among other support methods. Jen tends to lean toward using anger and resentment as her grief’s outlet. Jen meets Judy in a grief support group and the pair learn surprising truths about each other. Season two ended on a massive cliffhanger and we had to wait over two years in order to see through to the resolution, which ended up being a surprising and twisty season three, proving that Dead to Me still has more than a few tricks up its sleeve while staying on the path that season one and season two brought forth.


Dead to Me season three is released on Netflix tomorrow

Interview: Lamborghini: The Man Behind the Legend’s Frank Grillo