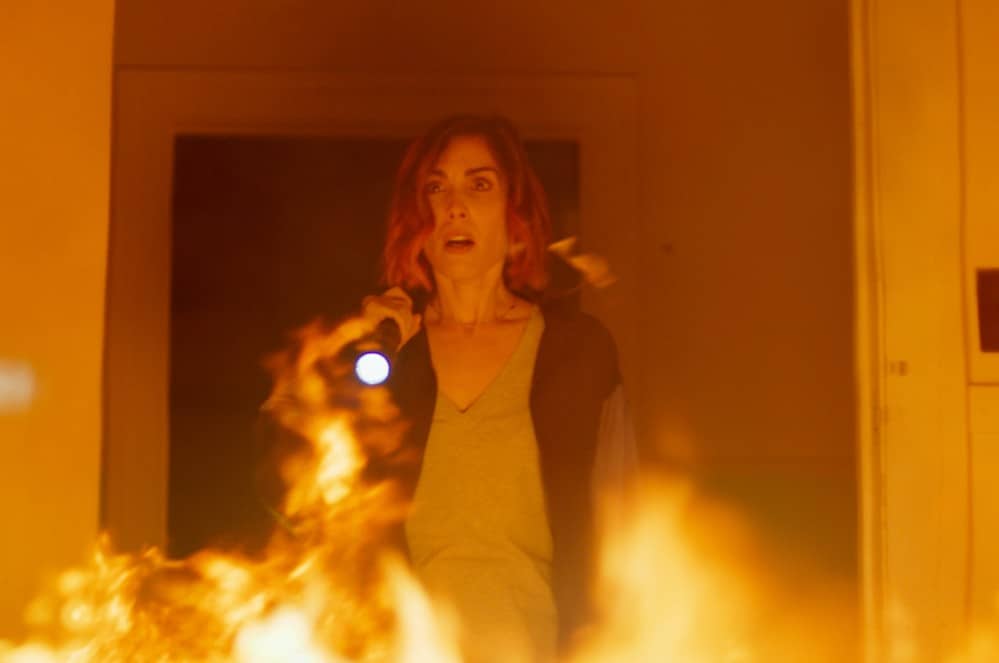 We were dropped into an incredibly exciting opportunity to speak with Carly Pope, a popular actress that we have long admired, who is currently starring in the wildly inventive Neill Blomkamp film Demonic. This IFC Midnight and VVS Films title has to truly be seen to be believed, as Pope gives an otherworldly performance in the sci-fi / horror movie, which also stars one of our favourites, Nathalie Boltt. During our Zoom chat, Carly Pope revealed a number of secrets from the set as to what it is like to shoot a mind and genre bending movie during COVID, her adoration for co-star Boltt, and much more!