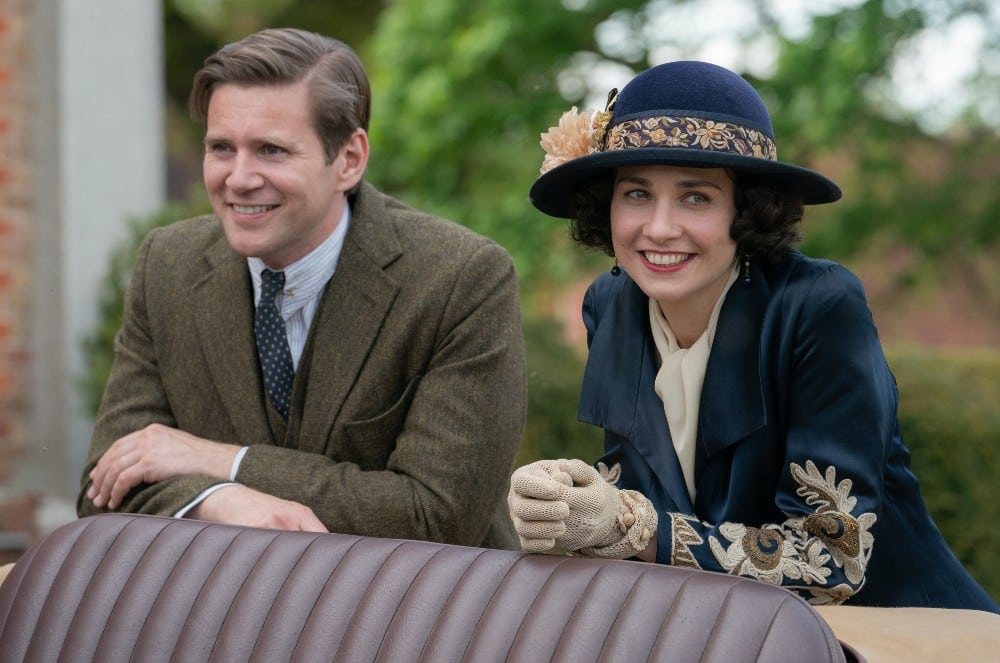 We have wanted to interview Downton Abbey: A New Era‘s Tom Branson, (or simply Branson), Allen Leech for a while. So we were thrilled one recent Sunday morning (yes, Sunday morning), when we were given the pleasure to chat on the video junket with fan favourite Branson (of whom his wedding to Jane the Crawley family is happening to be celebrating in the film), and talked about…what else? Downton Abbey and everything around it. We had recently read that Leech’s character, who of course started out as a chauffeur, (and one with an Irish accent, after another one was deemed to not be the right fit), had trouble driving some of the cars and may have taken off from the set of the show having left one in less than ideal condition. Of course, this being Downton Abbey, everything has to be absolutely period correct, and it’s incredible the amount of detail that goes into making everything authentic. And surprisingly, even though he had mentioned the difficulties of driving the 1910-era cars, he shared that his favourite prop from the set actually were the vehicles.

Leech was also extremely forthcoming in sharing his fondness for co-star Tuppence Middleton, the portrayer of his betrothed Jane, who also comes from “the middle” quite like Tom, (not quite a servant and not quite a Crawley), but that it was kind of like a meeting of equals, both on screen and in their shared rapport off screen as well (and that they had previously worked together in The Imitation Game).

Leech also shared with us what it is like to be one of the few Irish characters on a franchise that is populated with English characters (and of course one expat American, played by Elizabeth McGovern). One thing that surprised us is that when asked which time period he would like to go back to, Leech first asked what his station would be in this particular time period, which is a definite nod to his own character, but also, he happened to select the 1800’s, and wouldn’t you know it, but series (and movies) creator Julian Fellowes just happens to working in that very era for the series The Gilded Age. Was Leech suggesting he would drop by for season two? Maybe. But for now, please do catch Allen Leech in Downton Abbey: A New Era.