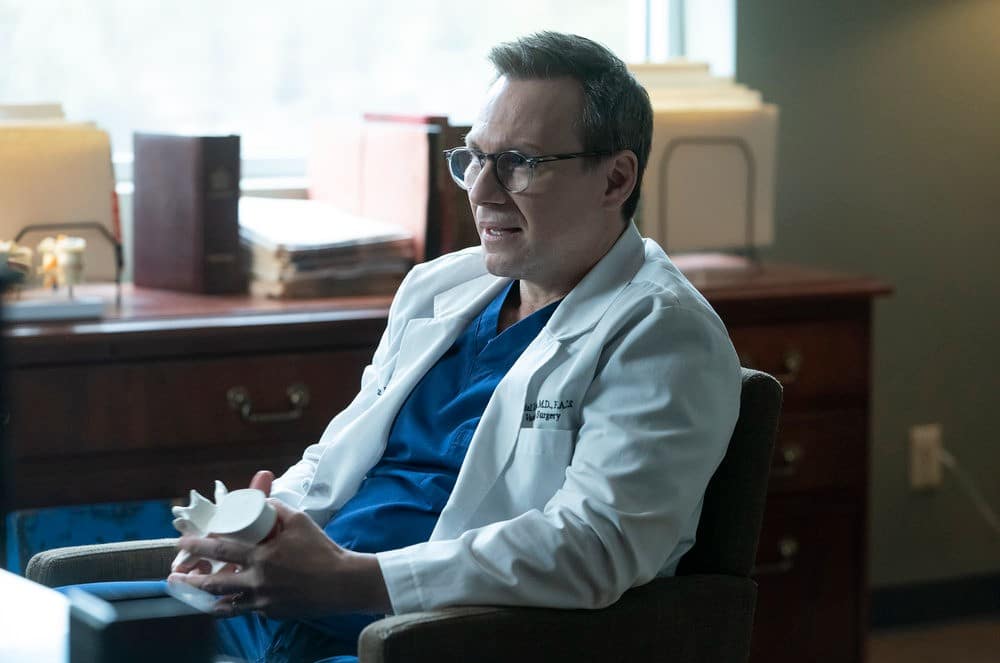 Not much needs to be said about Christian Slater that isn’t already known (come on, it’s the iconic Christian Slater!), but it’s interesting to note that he’s having a bit of a mid-career renaissance, that perhaps began with his performance as Elliot’s father (or a projection of such) in Mr. Robot and extended to Dirty John: The Betty Broderick Story (which was co-executive produced and directed by Maggie Kiley, who returns with Slater for Dr. Death). A little bit more on the outside this time, Slater and co-star Alec Baldwin act almost like a Greek Chorus, as this outing, based on a true crime podcast, is surprisingly funny, albeit dark. Slater is the master of finding darkly funny projects, though we were surprised to discover that the long time thespian is a committed viewer of The Bachelorette.
WATCH: