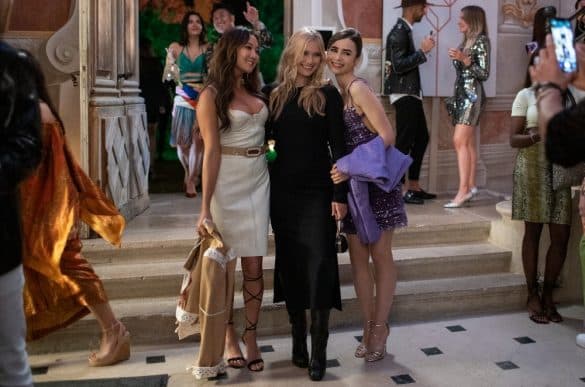 What a magnifique idea to have a tripling of Lily Collins, Ashley Park and Camille Razat at the junket for the second season of Emily of Paris, at which Brief Take participated. To recap, Lily Collins plays the titular lead of the show who documents her journey as a marketing associate/social media influencer from having only a couple of followers in Chicago to blossoming in Paris, despite not speaking the language. After a sort of meet-cute with Mindy Chen (Ashley Park), a nanny in season one and a full-on chanteuse in season two (what better way to show off Park’s real life singing skills), Emily and Mindy are bonded at the hip. Perhaps far less so with Camille Razat, as Razat’s character, the appropriately named Camille, begins friendly with Emily and then the pair break apart after some boy drama gets in the middle of them (doesn’t it always?), as season two explores their friendship further.

Watch below for our fun interview with the Emily in Paris trio: