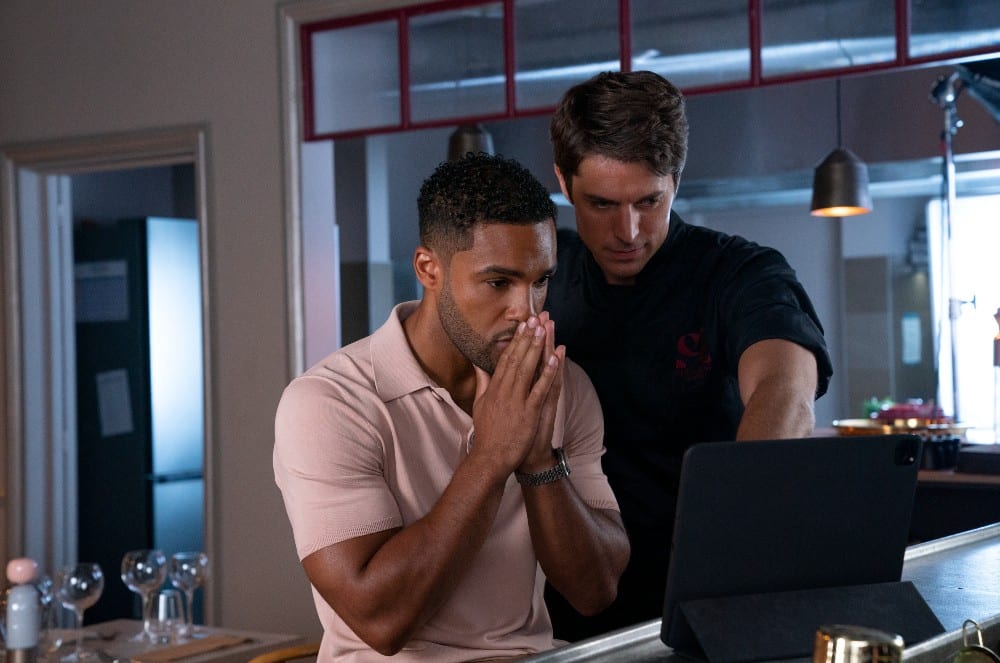 Following in the tradition of Darren Star and his previous shows, a major reason why we watch Emily in Paris is for the boys. The leading men in Emily in Paris season two, Frenchman Lucas Bravo and Englishman Lucien Laviscount, may be competing for the affections of Emily, as holdover Bravo and newcomer Laviscount have each provided us with a reason to choose them, but it is supremely evident that the bromance between Bravo and Laviscount is incredibly strong, as they hang out offscreen (they wouldn’t say where!) with Laviscount helping Bravo with his Zoom self-tape (which helped land him a role in the upcoming Julia Roberts and George Clooney movie!). The portrayers of Gabriel (now a restaurant co-owner and chef) and Alfie (a banker who is in Emily’s French class) clearly go the extra mile for each other and it’s a blast watching both of them be magnetic on screen in the new season of Emily in Paris.