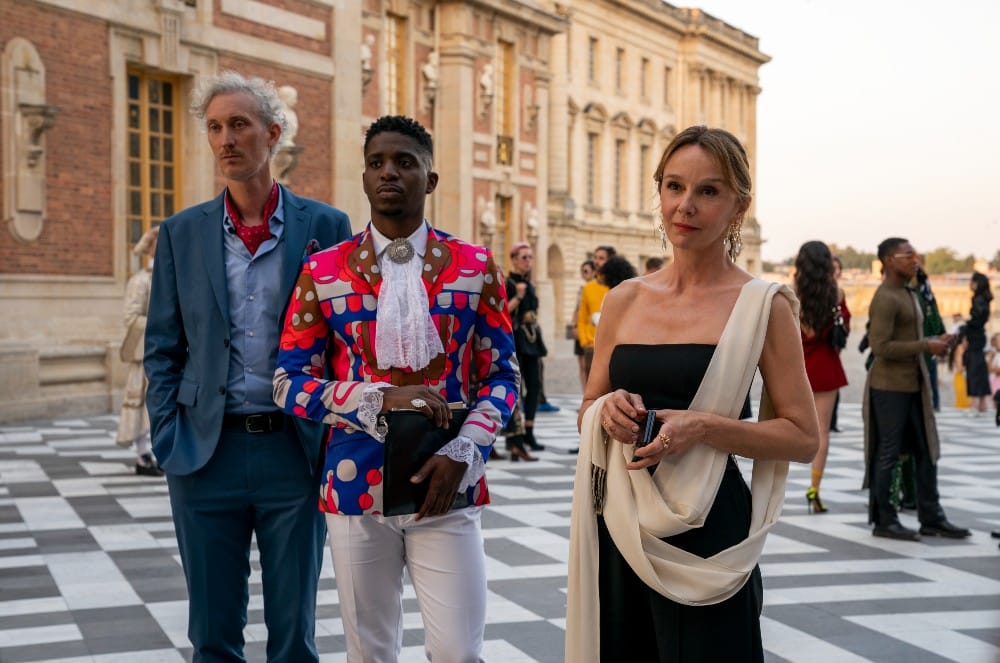 *Spoilers ahead for Emily in Paris season two*

Perhaps more than any other character in the series, Philippine Leroy-Beaulieu’s Sylvie goes through the most surprising development in season two of the Darren Star series Emily in Paris. In season one, the audience perhaps viewed Sylvie as Emily’s hardass boss, emblematic of how French people are cold and unfeeling (especially ones that work at ad agencies). But season two finds a reveal in Saint-Tropez that Sylvie has a husband, unknown at Savoir, and from there, Sylvie gets to have an affair with a younger man, have a show-stopping moment wearing a bikini on the beach, epically face off against her American counterpart Kate Walsh, and continue to be a boss. There is also a surprise in store for Samuel Arnold and his character of Julien. As he was previously seen mainly in the company of Luc (Bruno Gouery), Julien this season breaks off to have some (personal and professional) adventures of his own. Check out our interview below with the Savoir pair and see why Leroy-Beaulieu and Arnold are appreciative of Lily Collins and her work on the show as Emily and are stars in their own right as well.