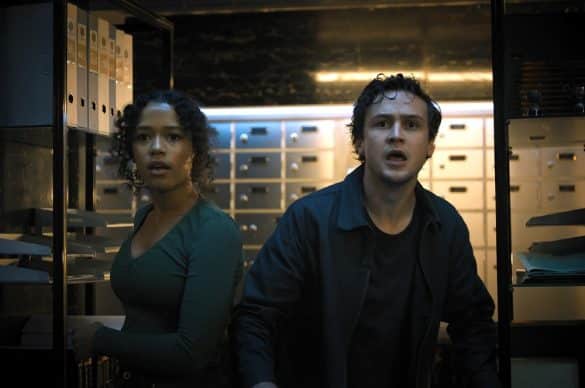 Escape Room: Tournament of Champions feels like a winner on the big screen, as it is a film featuring an incredible sound and set design, and a sweeping score. It also happens to star the incredibly talented Logan Miller as one of the two returning escapees from the first Escape Room film, alongside Canadian sweetheart Taylor Russell. By complete chance, we had also recently spoken with Miller’s Shithouse co-star, Olivia Scott Welch, and spoke with him about that hidden gem as well as his other standout films over the years, from Scouts Guide to the Zombie Apocalypse to the original Escape Room, to Love, Simon, and Marc Meyers’ criminally under-watched We Summon the Darkness. Logan Miller spoke with us from New York, where he was completing his press tour for Escape Room: Tournament of Champions, and was a champion interview.

Escape Room: Tournament of Champions is now playing in theatres