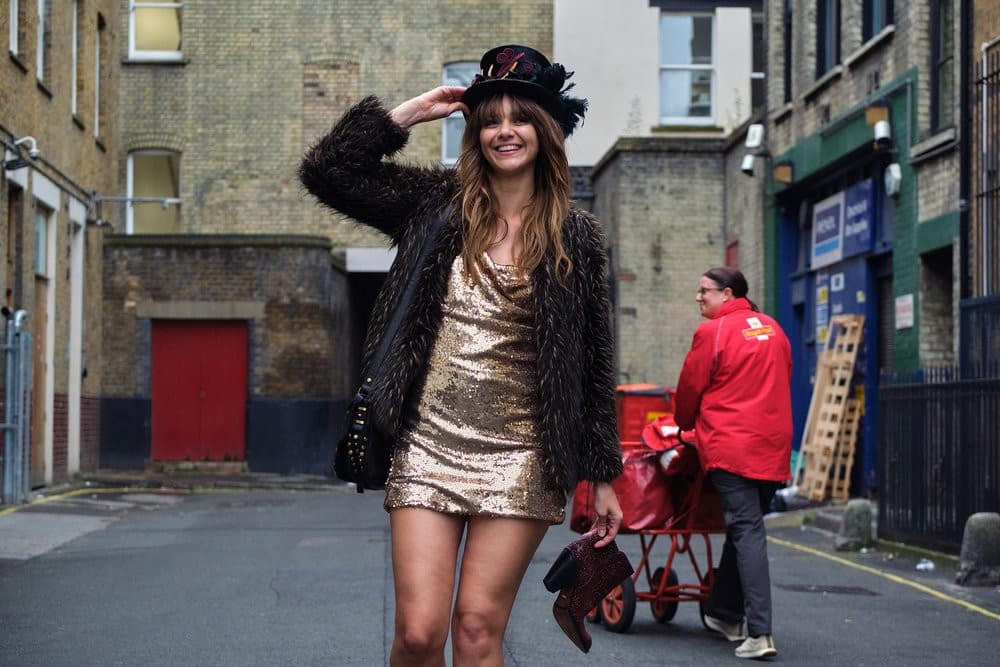 Imagine starring in one of the coolest shows of the year. That’s great, a lot of actors get to star in one cool show a year, if you get lucky and find the correct project, then your career takes off a little bit. But now imagine starring in two of the coolest shows of the year. Well, this is exactly where model turned actress Emma Appleton finds herself now and we couldn’t have been happier to speak with the talented Appleton from her home in the U.K. in support of the second of these two projects, the romantic comedy set all the way back in 2012, (remember 2012? Yes, there is a Nokia phone on the series and it’s hopefully equipped to play Snake on it), the Dolly Alderton adapting her own popular fictionalized memoir Everything I Know About Love. And though perhaps you may recognize Bel Powley on the series, or perhaps Marli Siu, it is in fact Emma Appleton that is playing the show’s lead character, Maggie, who may be based on Dolly Alderton herself.

Emma Appleton shared with Brief Take about her audition process to play Maggie, about the instant chemistry that she shared with her aforementioned co-star Powley (who plays Birdy), what she enjoyed about filming the series in Manchester primarily, how she benefitted from having the author of the memoir, Dolly Alderton, adapting her own book for the screen and the questions that Appleton asked her as well. Oh, and beforehand we mentioned an earlier series that Appleton also starred in this year and that was the Hulu limited series Pistol, for which we had previously spoken with her co-star Christian Lees. In Pistol she plays Nancy Spungen, who undertakes an ill-fated romance with Glen Matlock’s replacement in the Sex Pistols, Sid Vicious, played by Louis Partridge. But while we may not know everything about Emma Appleton and what she loves, we really learned about her acting process in our in-depth video interview.

Everything I Know About Love is now available to watch on Paramount+ in Canada and on Peacock on August 25 in the U.S.