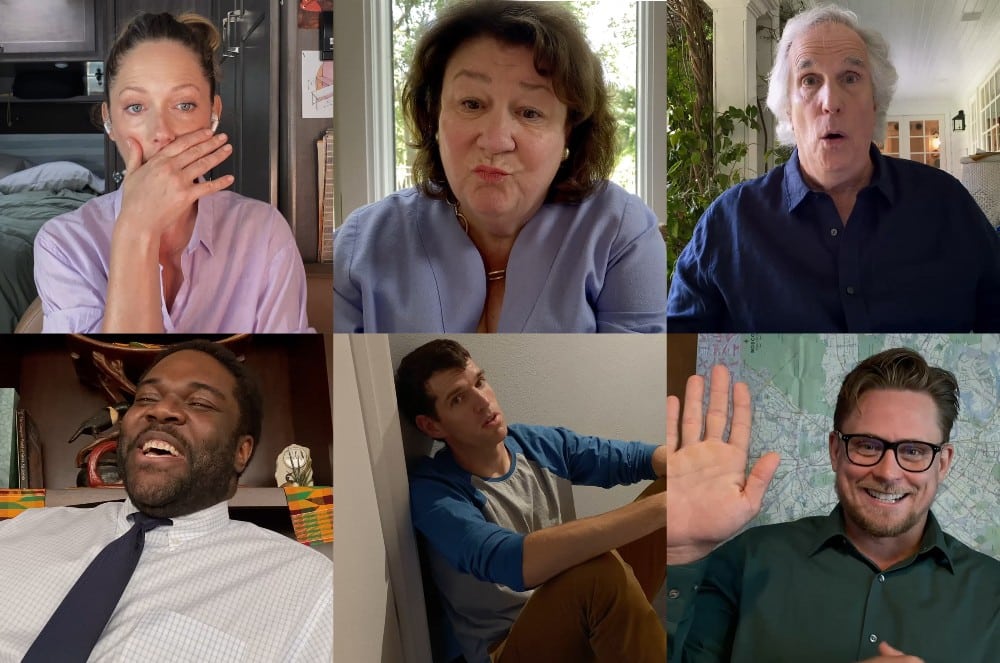 Everyone knows that we’re passionate supporters of Family Squares‘ Judy Greer from….well…everything!! Greer is in more projects than you can even imagine! Some key projects for us are 13 Going on 30 alongside longtime BFF Jennifer Garner, but also her directorial debut A Happening of Monumental Proportions, a movie for which a few years back we interviewed the talented multi-hyphenate. Of course, we’re also fans of Greer from 27 Dresses, the recent Halloween Kills, and we’re very interested in a pair of shows Greer has coming up: The Truth About Pam,  a true crime series that is set to debut on NBC, and the Steven Levitan Hulu series Reboot, in which Greer stepped in for Leslie Bibb. But on this day, Greer Zooms in exclusively with Brief Take to talk about the early pandemic-set family comedy Family Squares, a film co-written and directed by Stephanie Laing, starring Greer and many of our faves, including both Ann Dowd and Margo Martindale, who is singled out by Greer as a favourite scene partner. The film also stars comedy powerhouses Sam Richardson, Timothy Simons, June Squibb, Zoe Chao, Billy Magnussen, Casey Wilson, Scott MacArthur, Elsie Fisher and the actor with whom Greer has the majority of her dramatic scenes, the awesome Henry Winkler. This movie is something of a throwback comedy but also with the added element of connecting via screens. As it has a little drama and some intimate bonding scenes, the film feels fresh and modern. It is great to see many wonderful performers together in a female-led movie, and as Greer is a solid and dependable performer in almost everything she does, she fits the tone of the movie unsurprisingly perfectly. After an extremely enthusiastic greeting (as well as commenting that we look alike), Greer later mentions that we were the sole person to inquire about her new women’s naturopathic wellness brand, Wile. One incredible product Greer was quick to mention is a mix for a chai drink with the wonderful name of Drinking Your Feelings, which stops stress eating, and the entire line is helpful in preventing hormonal imbalances in women over 40. Click below for more with the charming Judy Greer.

Family Squares is in theatres and On Demand on February 25, 2022