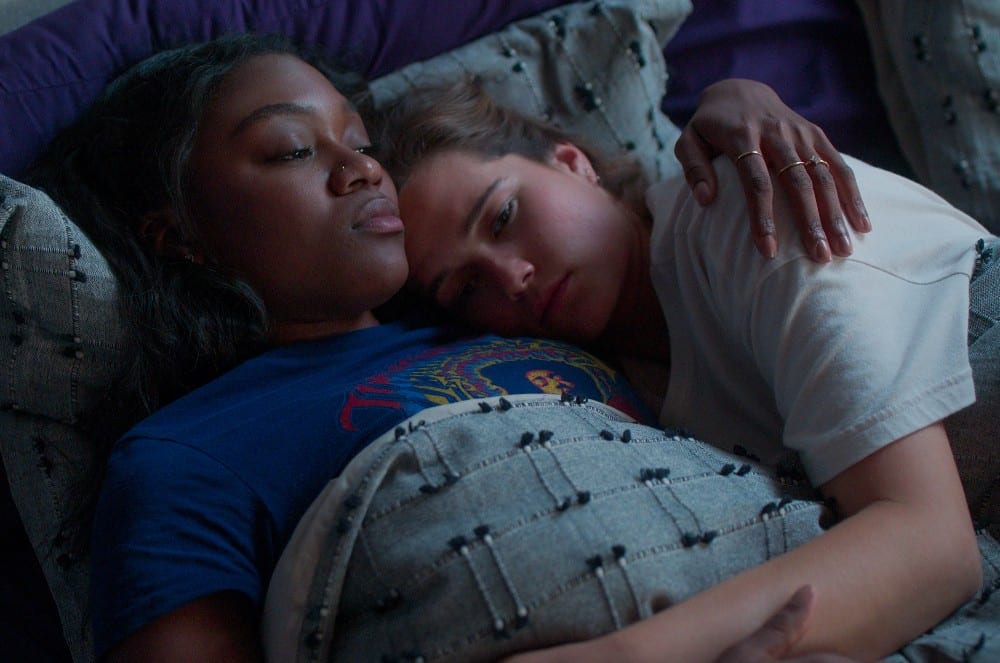 The divine combination of Sarah Catherine Hook and Imani Lewis in the hotly anticipated Netflix series First Kill, from V.E. Schwab (on board as creator and executive producer alongside Felicia D. Henderson), makes for a compelling watch (as we have now watched First Kill multiple times). I think everyone can agree that the central draw of the show is the chemistry between the two leads. Lewis is sizzling as Calliope “Cal” Burns, and Hook is magnetic as teenage vampire Juliette Fairmont, who is harbouring a longstanding crush on the alluring Cal. Their torrid affair begins with an incredibly steamy pantry scene that does not hold back on showcasing the passion between the star-crossed pair. In fact, what is refreshing about First Kill is how open and honest this series can be when exploring the blossoming love between them (and their ship name is Calliette, in case you were wondering).

When we sat down with the giggly and incredibly friendly Hook and Lewis on the junket day for First Kill, they pointed out how their real life birthdays (4/1/02 and 4/2/01)  are eerily similar and how they enjoyed a sense of open conversations, and dare we say it, a sense of destiny when it came to working together on this show. Lewis shared that this pairing may actually have been written in the stars. Sarah Catherine Hook singles out that now iconic pantry scene (trust us, you will know it when you watch it), and how Lewis made her feel supported and safe, which is exactly for what she was looking. They also allude to later episodes in which the school’s production of Romeo and Juliet underscores the star-crossed lovers nature of their Shakespearean romance and also we highlighted a later scene that will serve to knock your socks off. Finally, we asked the musically gifted performers to share their Calliette playlist and Hook offered up (and sang!) the hook from Stevie Wonder’s classic ‘For Once in my Life’, whereas the real life musician Imani Lewis came up with a great track, which was Sade’s ‘No Ordinary Love’, (and yes, again, sang a little bit from the song as well). We adored the first season of First Kill and hope to see a lot more with Imani Lewis and Sarah Catherine Hook.