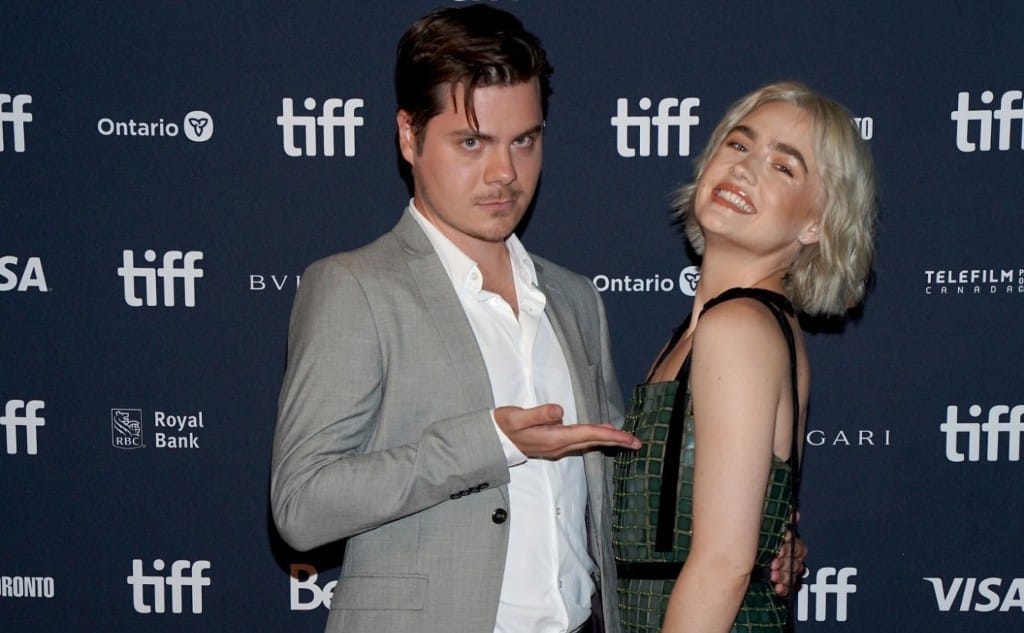 Mercedes Bryce Morgan’s stylish and haunting feature film debut Fixation is, the director has shared with us, an anti-Freudian, anti-therapy parable filmed in Canada. The talented Maddie Hasson, who has starred in the films We Summon the Darkness, Malignant and YouTube Red series Impulse from director Doug Liman, plays a young woman, who is sent to a very strange institution by a pair of enigmatic doctors. One of them is embodied by Genesis Rodriguez, who recently starred in The Umbrella Academy as Sloane Hargreeves. The head doctor is Canadian horror legend Stephen McHattie, as this film was shot in Sudbury. Dora has been committed to this unorthodox institution for a crime that she cannot remember and one of the people tasked to figure it out is her brother Griffin, played by Ontario’s own Atticus Mitchell.

The thespians from the movie Fixation, Maddie Hasson, who comes to fully embody Dora, (unsurprisingly, a dance features prominently in the movie and Hasson comes from a dance background) and Atticus Mitchell, who plays Griffin who we must draw our own conclusions if he may or may not be her brother, chatted with Brief Take the day after a successful and transfixing (it needed to be said) screening at the Toronto International Film Festival in 2022, at a particular jaunty and old timey downtown hotel. The pair had not met prior to shooting the movie, though they had mutual friends and raved about their immediate connection. Hasson also shared exclusively her extreme process for this film, losing a ton of weight and following an exercise routine having her running 10 miles each morning in order to get into Dora’s headspace. I learned a little bit about the activity that Atticus practiced every single day while he was quarantining alone, (the Sudbury shoot location demanded bubbling). We talked about how Hasson’s roles in Malignant and We Summon the Darkness harken back to this film creating a sort of trilogy (Hasson noted that she enjoys darkness). Mitchell also previewed a bit about the final season of The Hardy Boys. You’re going to want to solve this mystery: click below for more with Hasson and Mitchell!