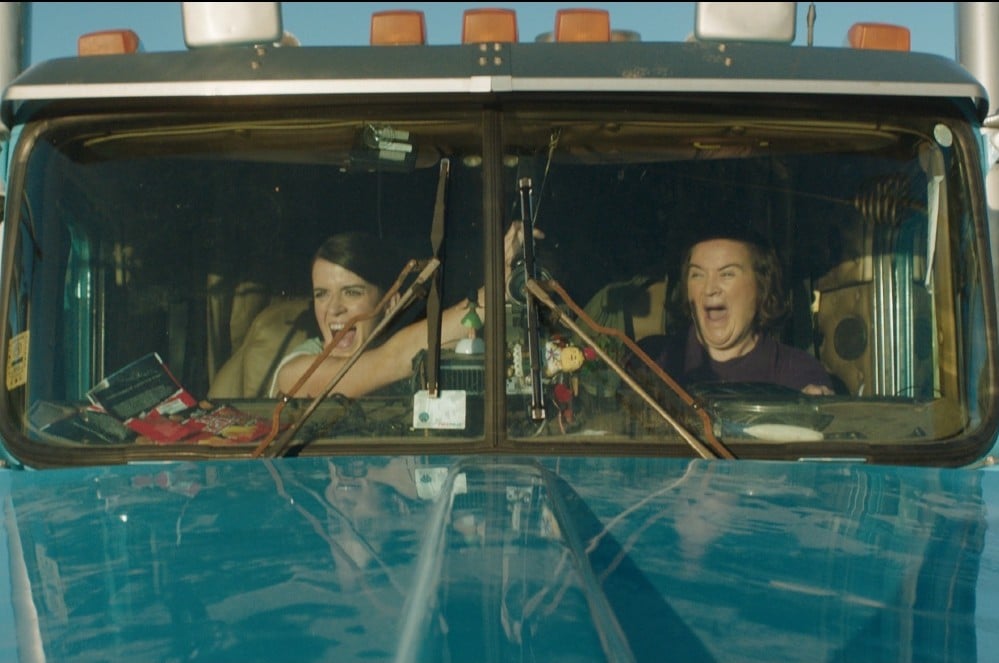 Imagine a world where women are beautiful badass beings who know how to fight and win. They arm wrestle for money. And they love it! This is not a world familiar to our hero Melanie (Mary Holland). At the start of writer-director Maureen Bharoocha’s film Golden Arm, Melanie is living in a small town in Kansas working as a baker. She’s just got out of a horrible marriage. Saddled with debt and self-doubt, her confidence is in the dumpster, right next to yesterday’s scones. When she’s forced to close her bakery, she seeks help from her best friend and local arm wrestling champ Danny (Betsy Sodaro).

After Melanie wins an impromptu arm wrestling match at a local truck stop, Danny convinces her to train for the Ladies Arm Wrestling Championship and its prize of $15,000. Reluctant, Melanie meets up with Big Sexy (Dot-Marie Jones), the legendary ladies arm wrestling coach. After getting “broken” of her nice girl ways, Melanie heads to Oklahoma to compete in the tournament and face off with Brenda “the Bonecrusher” Smith (Olivia Stambouliah), the reigning champ and Danny’s arch nemesis.

Golden Arm is as hilarious, fun, and energizing as it sounds, so it was an honour to get the opportunity to chat with Mary Holland (who also co-wrote the heartwarming Happiest Season) about her experience starring in the movie.