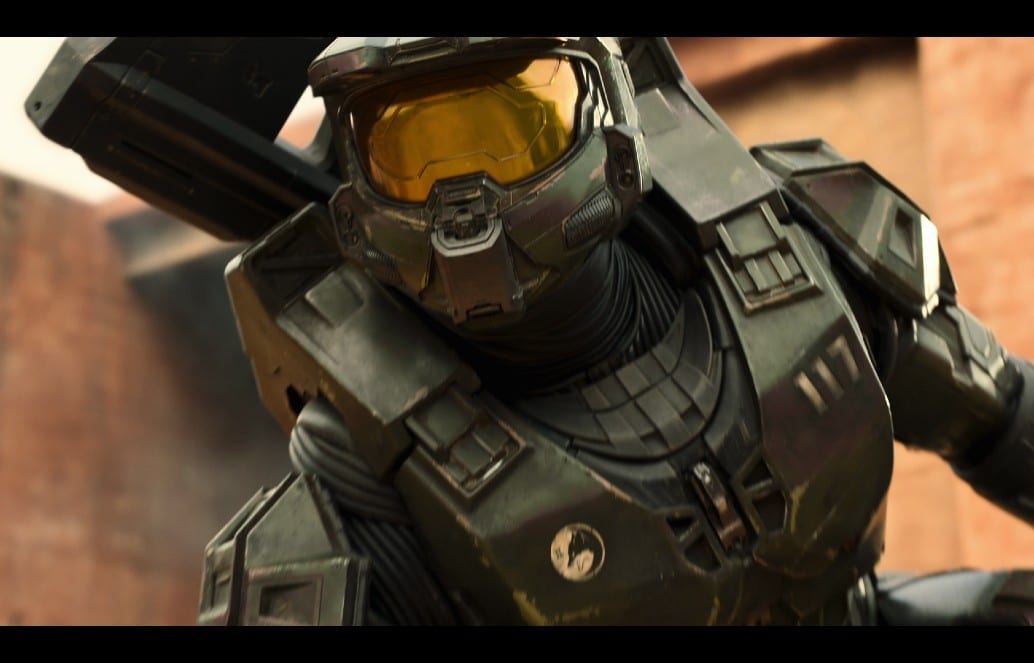 The ambitious TV adaptation of the video game Halo has been one of the most anticipated series of the year, and certainly one of the most anticipated for the Paramount+ streaming service. Let’s just say right off the bat that this massive series looks and feels incredible. Portions of the show, which involves a 26th century battle between the United Nations Space Command and the Covenant, an alliance of alien races, was shown at SXSW, and it was from Austin, Texas that we had the chance to sit down with Halo‘s leading man, the charismatic Pablo Schreiber, whom we had seen previously flexing his acting chops (and yes, his muscles as well), in such projects as Michael Bay’s 13 Hours, of course, as “Pornstache” in fave series Orange is the New Black, as Nick Sobotka in The Wire, and in the Canada-shot series American Gods (as we could never forget that Schreiber was born in British Columbia). As well, we were thrilled to get the opportunity to chat with Executive Producer Kiki Wolfkill, alongside Schreiber, in the virtual video junket in which Brief Take was selected to participate. Wolfkill is a longtime video game developer and actually oversees the Halo franchise at 343 Industries. Clearly she’s extremely invested in this television adaptation, and the sense of passion between Wolfkill and Schreiber in bringing this project to light was clearly evident.

New episodes of Halo are released every Thursday on Paramount Plus