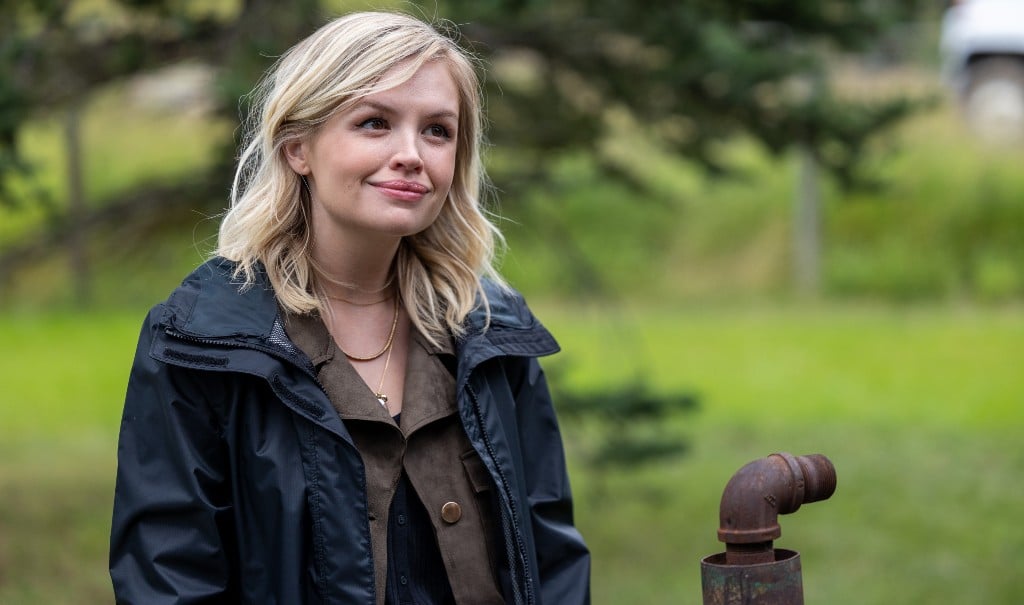 Cast member returning alert! The portrayer of Mallory, a character created specifically for the Alberta-shot series, Jessica Amlee sat down with Brief Take via a Zoom video interview about returning to Heartland in season 16. The bubbly Amlee shared what it was like for her to return to the set and to her ‘family’ in Calgary, where the show films. Amlee also detailed a few of her heart-to-heart chats, including the one that they had when filming Amlee’s return to the series with her co-star (and now consulting producer of Heartland), the powerhouse Amber Marshall. Amlee made sure to gush about her close friendship with co-star Graham Wardle, who of course played the co-lead for 13 seasons as the mercurial Ty Borden. Amlee plainly stated she wished that Ty had not been killed off on the series, especially as in the series she was said to have attended his funeral. Amlee then revealed exclusively to Brief Take a couple of stories that she’s never before shared, about Mallory’s Season 10 wedding scenes and how she was in dire shape and needed medical assistance while filming these particular episodes. Amlee also confronted the fan reactions that “Mallory is Annoying”.

In case you have been living under a rock or somehow haven’t come to the series, Heartland is a wholesome family drama set on a ranch in the foothills of the Rocky Mountains, near the fictional town of Hudson, Alberta. The series follows the Fleming and Bartlett clans through love and loss, friendship and betrayal, marriage and children. Season 16 of Heartland sees Amy and the rest of her family making bold strides towards their futures, but for this episode in particular, Amy confronts the past, as does Jessica Amlee’s Mallory.

Interview: Lamborghini: The Man Behind the Legend’s Frank Grillo