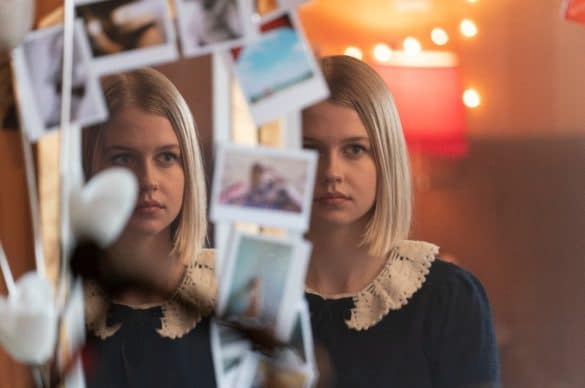 Australian actress and literature enthusiast (she runs a podcast called The Community Library and quite frequently pops up on Instagram with a book in hand) Angourie Rice is a joy in everything in which she appears. From the Canadian-shot movie Every Day, in which Rice plays the lead (and one of the A’s), to the three most recent Spider-Man movies, to appearing as Kate Winslet‘s daughter in the haunting limited series Mare of Easttown, to her Black Mirror episode ‘Rachel, Jack and Ashley, Too’ opposite Miley Cyrus, Rice continues to dazzle in a variety of different roles. Oh, we also enjoyed her as the younger version of Rebel Wilson’s character in the recent Netflix movie Senior Year. And we genuinely loved the recent David A. Goodman-penned film Honor Society. In the Paramount+ original movie,  Rice stars as (who else?) Honor, opposite Stranger Things‘ Gaten Matarazzo, her on-screen rival to get admission into Harvard. The film is sort of a mix between a high school comedy and person-will-stop-at-nothing-to-get-what-they-want story, (comparisons to Election are apt), although Honor Society will surprise you with a shocking twist that we swear you will not see coming. What’s more is that Rice is phenomenal in the film as a scheming overachiever, proving that she can take on just about any type of role.

During our fun video junket interview, Angourie Rice shared with us her love of Taylor Swift, as well as wanting to star in a movie with Keanu Reeves (and she has the perfect t-shirt in which to prove it). She also disclosed to us some of her favourite scenes from Honor Society, the special food that co-star Gaten Matarazzo cooked for her on set, and much more!


Honor Society is now available to watch on Paramount+