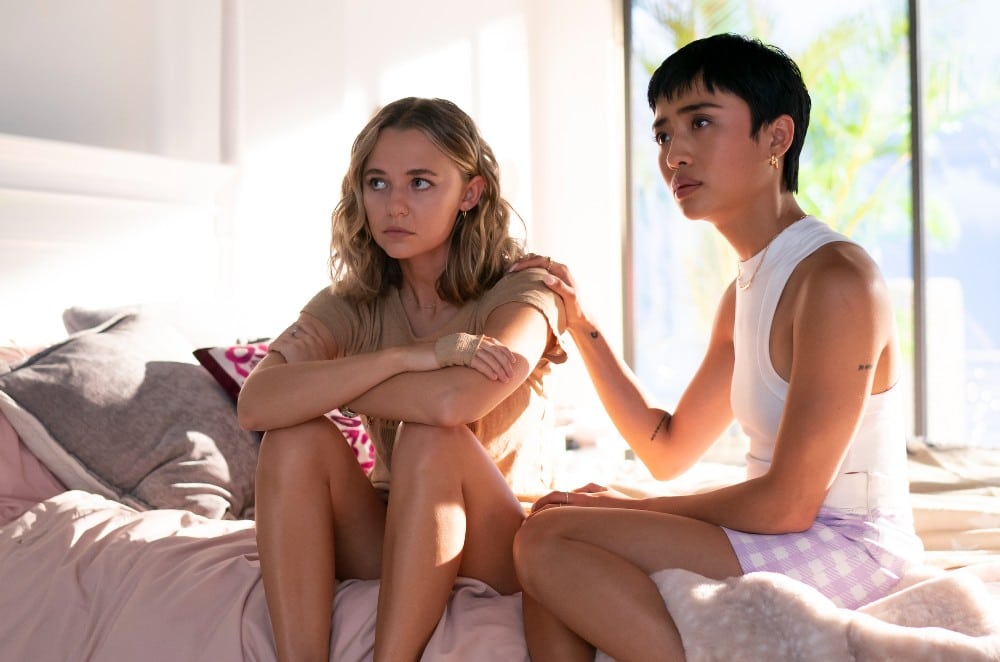 Let’s all bow down to our new ruler, Queen Margot. Brianne Tju’s social media influencer rules in the twisty and eye-popping Amazon Prime Video series I Know What You Did Last Summer. Already released to mountains of hype, the female driven re-imagining is far more than an episodic adaptation of the ’90’s thriller, as this version features Madison Iseman as Alison and Lennon, a good and…uh…slightly less good pair of twins, Locke and Key‘s Bill Heck as their father, and of course, Brianne Tju as Margot, Lennon’s rich BFF and lover. We can guarantee that you have never seen Tju quite like this. We made sure to book a video interview in order to speak solely with Tju on the series’ press day, as we had burning questions to ask the rising star. Though we didn’t quite figure out whodunnit, we did emerge with a healthy respect for Tju who is breaking stereotypes on the series.