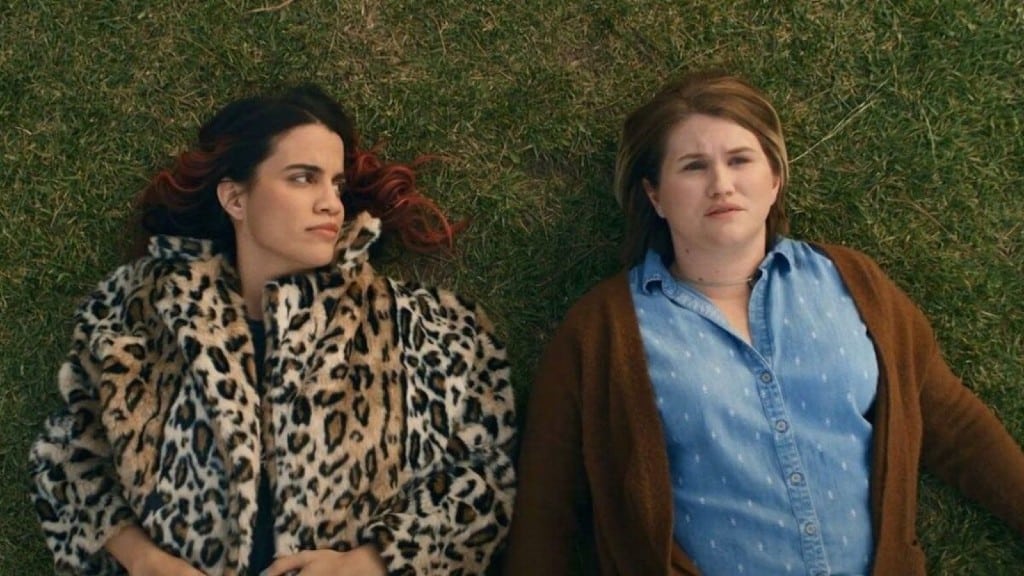 The quirky, unforgettable dramedy I’m Totally Fine has a pair of lead actresses that really shine in the film, and for whom we made the effort to sit down with and discuss the film in a fun Zoom video interview. The first is Dead to Me‘s Natalie Morales (as well as the director of the underrated films Plan B and Language Lessons), who plays Jennifer in this film (which shares a lot of its creative DNA with the Comedy Central series Workaholics, including director Kyle Newacheck as an actor). Of course, co-lead actress Jillian Bell, who plays Vanessa, appeared in all seven seasons of Workaholics, as well as a favourite movie Brittany Runs a Marathon. The winsome duo of Morales and Bell opened up to Brief Take about living like a married couple while filming the heartwarming comedy, the scene they drank margaritas before filming, their friendship over the years of knowing each other, and the fun they had working with co-star Harvey Guillén. Morales also talked briefly about her experience on set of Apple TV+’s The Morning Show season three.

In I’m Totally Fine, Jillian Bell plays a woman in mourning that takes a solo trip to clear her head after the death of a close friend and business partner. However, her self-care vacation plans change when she’s met with a situation out of this world. Check out the film and also below for more from the multi-talented Jillian Bell and Natalie Morales: