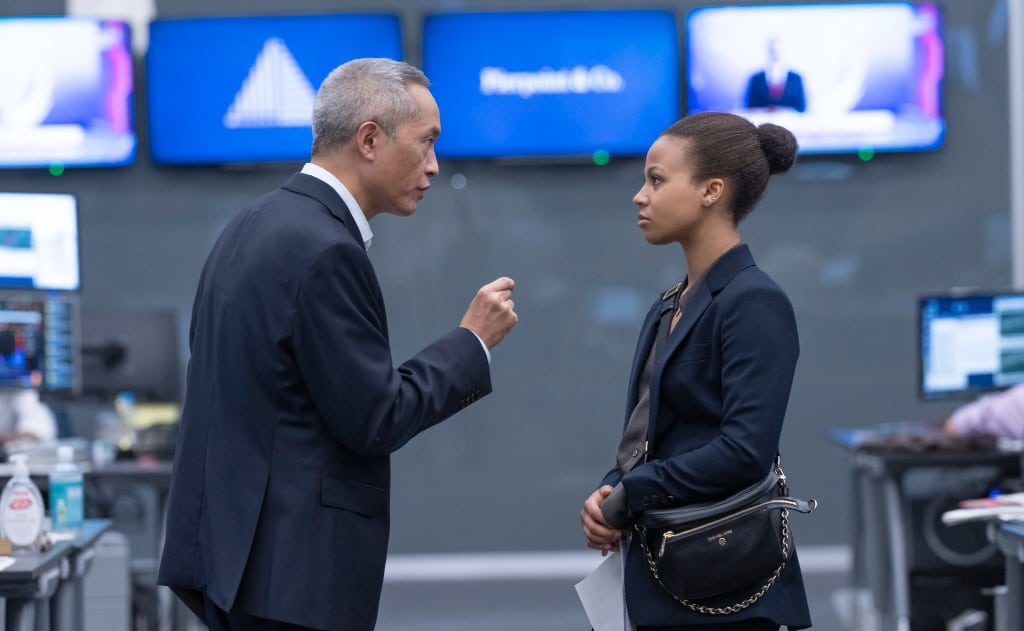 In an extremely special interview opportunity during a bustling return to somewhat normalcy Toronto International Film Festival, as invited guests of TIFF, co-creators Mickey Down and Konrad Kay of the extremely buzzy series Industry (which played extremely well on HBO and has recently been renewed for a more than welcome season three), were invited to speak. Appropriately, the pair were at the Industry section of the festival, alongside The Handmaid’s Tale‘s Bruce Miller in an early morning session. We were eager to attend to watch the co-creators doing their thing, but decided it was also a great idea to attend the opening Midnight Madness event the night (morning) before. We spoke with Down and Kay on Zoom video prior to the Industry season two finale, them speaking from the Bell Media office keyed up from their presentation.

For viewers not yet in the know, the HBO series Industry is described as about a determined young woman (played by newbie at the time, breakout Myha’la Herrold as American Harper Stern) who finds herself in a group of enterprising young finance graduates vying for a job at Pierpoint & Co., a top London bank. It’s fortunate that Mickey Down and Konrad Kay have experience in the banking sector themselves, leading many to believe the visceral series is autobiographical. After streamlining a little, season two of Industry picks up about a year after the height of the pandemic. It finds the young financiers at the Pierpoint London office dealing with a ‘back to work or else’ mandate that leaves the trading floor more charged than ever. Any show that adds a blond Jay Duplass for its second season, plus finds the additional breakout work of seasoned character actor Ken Leung (as Harper’s boss Eric) deserves more of your time.

It was a thrill to hear from co-creators of Industry, Konrad Kay and Mickey Down, chatting with Brief Take about season two of Industry. Kay and Down praise the cast of the show, who also include Marisa Abela and Harry Lawtey, the pair reveal their favourite moments from season two, tease what they’d include in a (now realized) season three, and yes, discuss those shocking sex scenes.