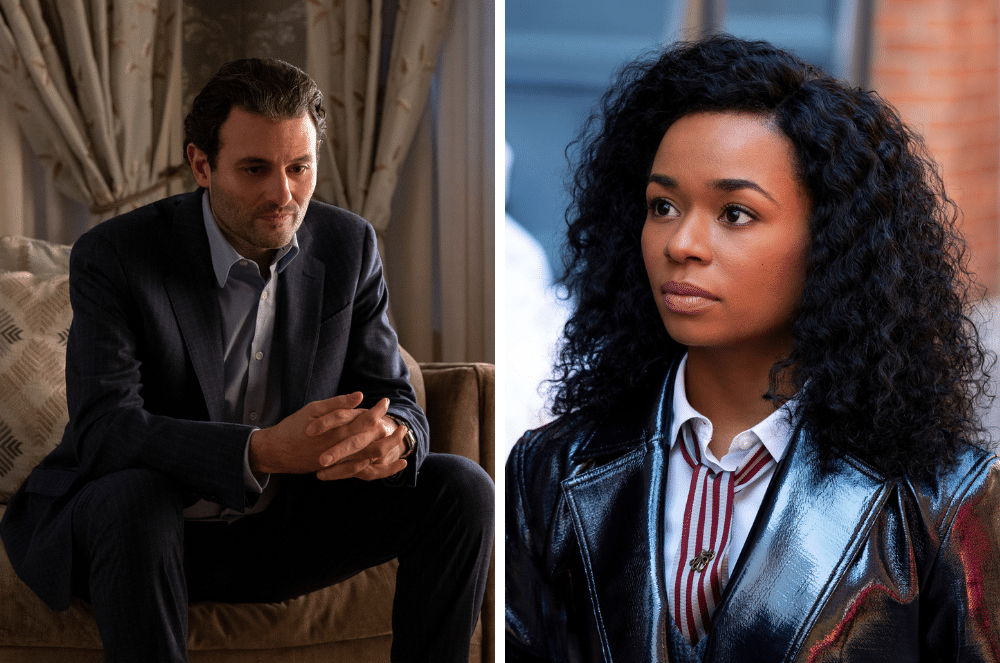 The incredibly buzzy Shonda Rhimes limited series for Netflix, Inventing Anna, about deceptive Russian German con woman Anna Sorokin is now available for streaming, having been in the works for a number of years. The series features a pair of performers that have delighted us with their performances, albeit from extremely different backgrounds and perspectives. The first is Arian Moayed, who is known to many of his fans as the cunning Stewy Hosseini from the HBO series Succession, but also starred in the stage version of Tony Award winning The Humans, as well as starring and creating his own series entitled The Accidental Wolf. Here, Moayed plays Anna Delvey’s lawyer Todd Spodek, a confidante of magazine writer Vivian (Anna Chlumsky), who unlike almost every other character on the multiple perspective series, has little to no attachment to his client, Anna, for whom he is set to defend against multiple charges of grand larceny and theft of services. Moayed’s character also has a wife (played by fellow Succession star Caitlin FitzGerald), who wants to go on a family holiday and is sick of Todd’s constant work demands. On the opposite end of the spectrum is Neff (newcomer Alexis Floyd), who works as a concierge at a luxury hotel at which Anna Delvey resides (and we later learn without the means). But as we later learn, Neff is an aspiring filmmaker, seeing the concierge job as a side hustle, and quickly falls under the spell of hotel guest Anna Delvey. In our video interview chat with the pair, both Moayed and Floyd spoke incredibly highly of each other’s performances in the series and Brief Take sensed a true bond between the performers, yet only sharing a single scene toward the end of the series. But their sense of shared artistry is palpable and Floyd and Moayed could not have been kinder into welcoming us into the world of Anna Delvey.