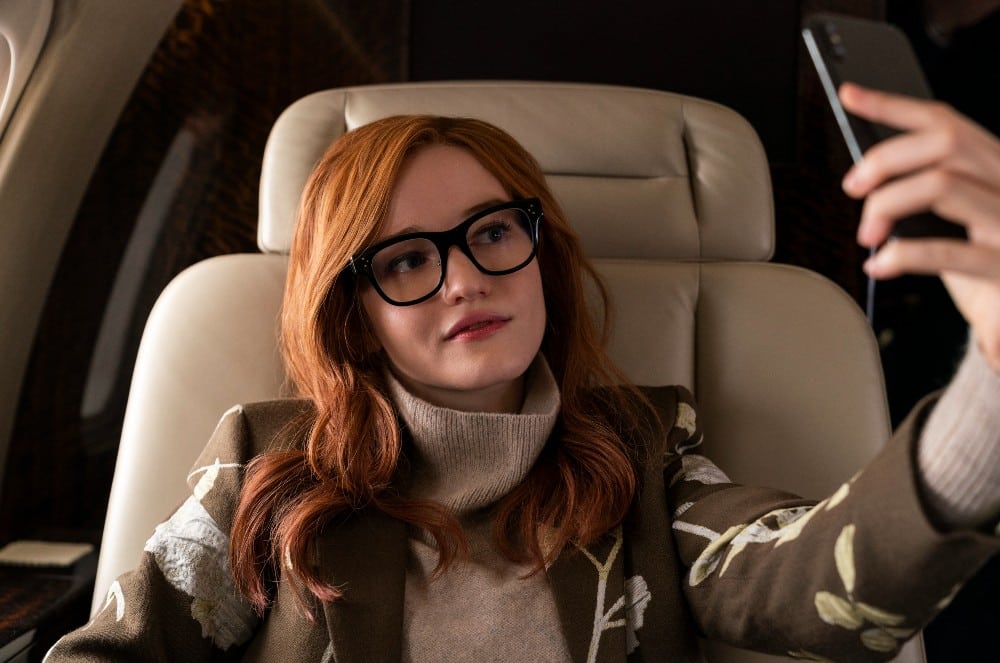 Of course we are aware that the mega-talented Julia Garner has delivered standout performances in the miniseries Maniac, in season one of true crime anthology show Dirty John, movies like Grandma and The Assistant, and of course, her unforgettable performance as Ruth on Ozark, but how could the chameleonic Garner pull off the inherently fascinating yet sociopathic Anna Delvey, a Russian German pretend heiress? As it turns out, put on a pair of glasses and a red wig on her and at times, we don’t even remember that Garner is behind this character playing a character, that is how effortlessly she plays the conniving Anna Delvey, née Anna Sorokin. As we have long been fans of Garner’s work, we recently were thrilled to discover that a Netflix star from last month, Archive 81‘s Mamoudou Athie, was a huge fan as well. As they starred together in two movies, Brief Take made sure to make mention at the press junket for the buzzy Shonda Rhimes Netflix limited series Inventing Anna that Athie had selected Garner as a favourite co-star and Garner returned the favour in kind. But what an impression into Anna Delvey, the Inventing Anna of the title, as no one else could possibly match Garner’s total immersion into Delvey. The viewer really sees Anna through the eyes of others, first and foremost magazine writer Vivian (Anna Chlumsky) and as the series progresses, we see Anna for being more than a liar and a thief and there’s a charming nature to this extremely multi-faceted character. And who could pull this off other than acting powerhouse Garner, who allows the viewer to see vulnerability and ambition behind the temper tantrums and phone claims of the real-life Anna, here captured so well on this monumental achievement of a miniseries. One more thing that Garner does well is share insights into her process into playing Anna.