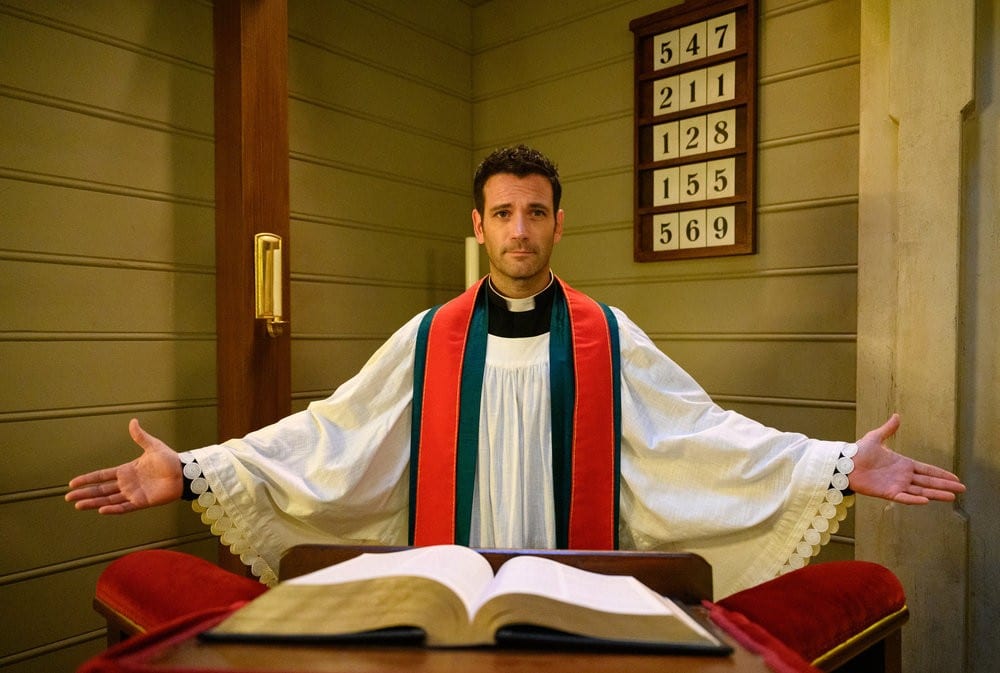 Irreverent is a funny and heartwarming new series from Peacock that follows a criminal from Chicago, played by the versatile (and accomplished Broadway star) Colin Donnell, that bungles a heist and is forced to hide out in a small Australian reef town in Far North Queensland. Of course, this being the Golden Age of television, this show is not set in Australia and shot in Chicago, (where Donnell is actually from), or some other soundstage, but actually in Far North Queensland. Paulo (Donnell) pretends to be a Reverend as he arrives at a church in the city of Clump.

The star of Irreverent, Colin Donnell took the time to sit down with Brief Take during the show’s recent press junket day. Donnell explained why he loved filming the dark comedy series in Queensland (and loved having his family and his newborn baby there as well, which is course extremely important when one has a newborn baby). Being a Broadway baby, I was thrilled when Colin also gushed over his previous co-stars Victor Garber (with whom Donnell worked in Follies), the great Sutton Foster (who he paired with in both Anything Goes and Violet), and the legend himself, Joel Grey, also from Anything Goes. Lastly, Donnell revealed the shows that he and wife Patti Murin have been binge watching.


All episodes of Irreverent are now available to watch on Peacock