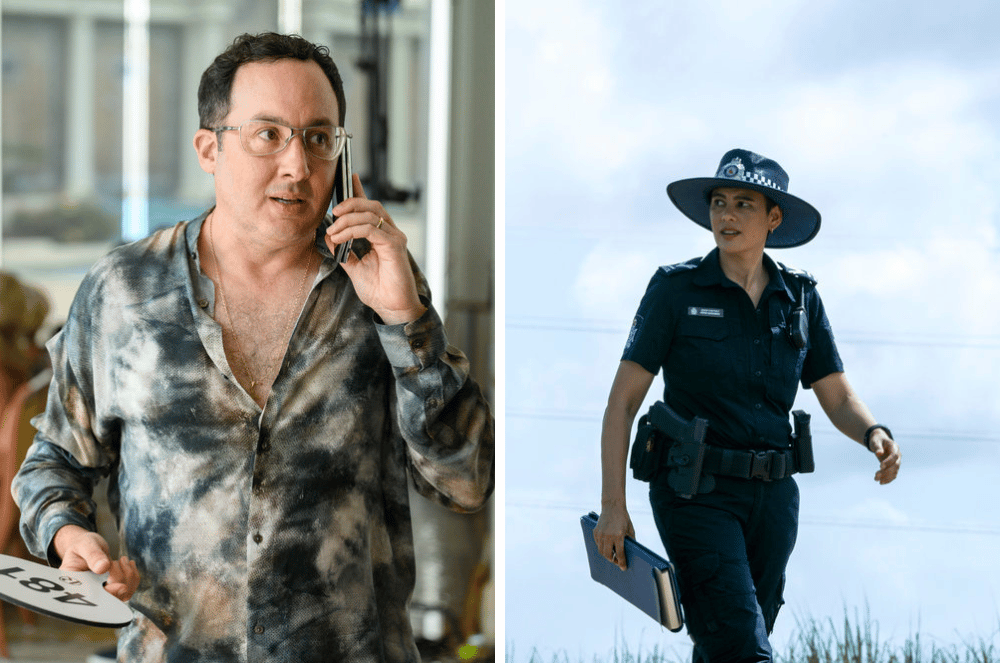 The Peacock series Irreverent stars the scene-stealing P.J. Byrne (who plays the interestingly named Mackenzie ‘Mack’ Boyd), as well as Kylie Bracknell, who plays Piper, a local police officer in the tiny town of Clump in Queensland. The hilarious duo chatted with Brief Take on their junket day about the dangers of filming in Queensland, Australia (the number one danger is a little bit of a shocker!). Byrne, who seems to have turned up in almost everything this year, proudly showed us his Geelong Cats kit (the Geelong Cats being an Aussie Rules football club) and revealed why he was wearing it on the press day. The talented duo also gushed over their co-star and lead of this quirky series, Almost Love‘s Colin Donnell. Donnell begins the series as a criminal mediator from Chicago but becomes forced to flee his previous life and everything he knows and hide out in this tiny Australian reef community in Far North Queensland posing as the new church Reverend, known as Mack.

During the Irreverent junket day we also chatted with the show’s executive producers Paddy Macrae, (who is also the creator of the series), as well as Debbie Lee and Alastair McKinnon about their experience of filming in remote Queensland, and we learned how the story in particular was quite personal to showrunner Macrae. This talented trio then revealed the reasons why they cast Donnell, Bracknell and Byrne. Finally, they shared why an audience will surely love this dark comedy series.

All episodes of Irreverent are now available to watch on Peacock