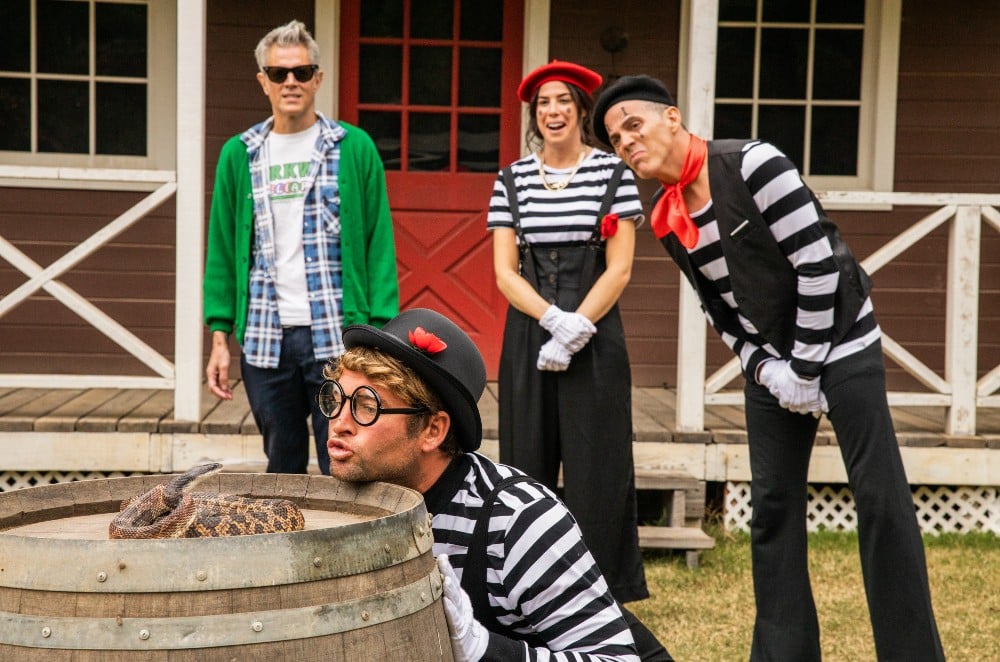 We were super excited to recently chat over Zoom video with the Jackass Forever duo of breakout star Sean “Poopies” McInerney (who is heretofore to be called “Poopies”) and the first female to be a part of the Jackass crew full-time, Rachel Wolfson. They discussed with us the ins and outs of the Spike Jonze and Johnny Knoxville produced and Jeff Tremaine-directed movie, in celebration of the Digital and upcoming Blu-ray release of the reality slapstick comedy that seemed to reenergize a devoted theatrical audience earlier this year. Somewhat surprisingly, the film was also a huge success with the critics, with many labelling this iteration to be the best one in the franchise. As this was also a favourite of ours, we are led to believe that the addition of Rachel Wolfson and Poopies is a huge part of the overwhelmingly positive reaction to the franchise film’s success. We quickly discovered that the professional surfer, performer, entertainer and YouTuber Poopies first participated in a stunt with the Jackass crew for Shark Week on the Discovery Channel. In his first ever stunt, Poopies actually fell into a shark pit and got his hand bitten by a shark in pretty gruesome fashion, perhaps best initiating Poopies to be a full member of the Jackass crew, shaking off the injury and proving his mettle on a grand stage (did you know that the many stunts are frequent, kind of gross and actually conducted by the performers, who can show off a litany of injuries from the Jackass franchise? Absolutely the case). For Rachel Wolfson, the multi-talented Las Vegas writer and stand-up comedian was hand-picked by Jackass guru Johnny Knoxville (naturally, via an Instagram DM) to participate in Jackass Forever. As noted, this is history making, as Jackass was often seen as a Boys Club, and Wolfson proves that women can be just as gross (and hilarious) as the guys. We have two words to prove this: scorpion botox.

Click below for more with Rachel Wolfson and Poopies of Jackass Forever: