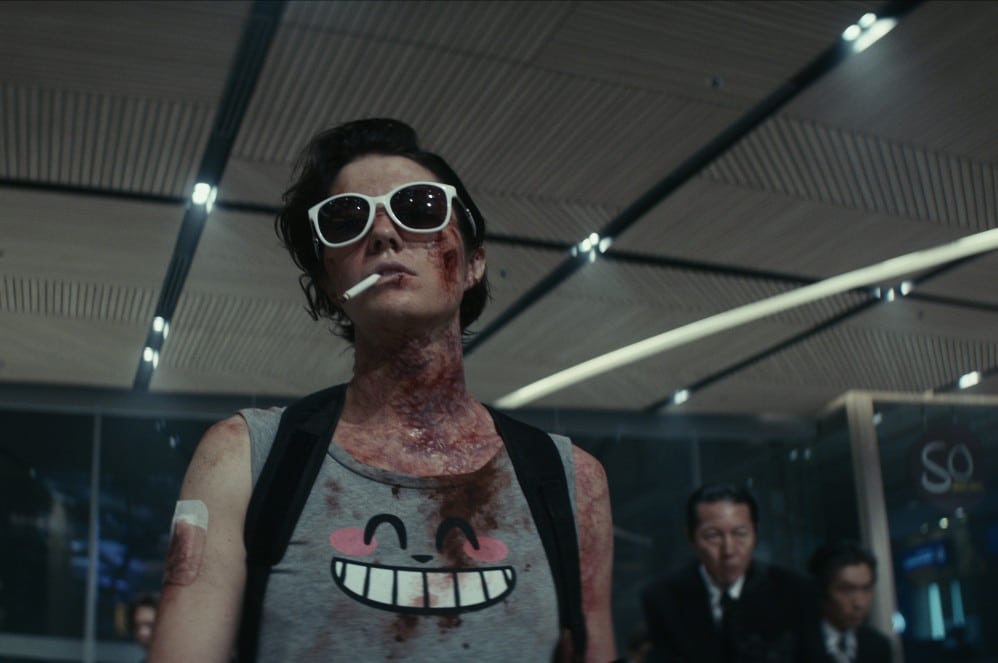 Who better to helm the rock and roll smash mouth Netflix movie Kate (starring Mary Elizabeth Winstead, Miku Martineau and Woody Harrelson) than French director and visual artist Cedric Nicolas-Troyan?! Possessing very fashionable glasses, a newsboy cap and a host of tattoos, second time feature film director Nicolas-Troyan was extremely gracious about his filmmaking process, sharing why Winstead is a true action star, and a little bit about the appearance of Band-Maid, a brilliant Japanese rock band that set the tone for the film’s aesthetic. Kate is truly a visual and sonic marvel and deserves to be experienced with a surround sound system and perhaps commentary from its rollicking helmsman Cedric Nicolas-Troyan.

Kate is currently streaming on Netflix