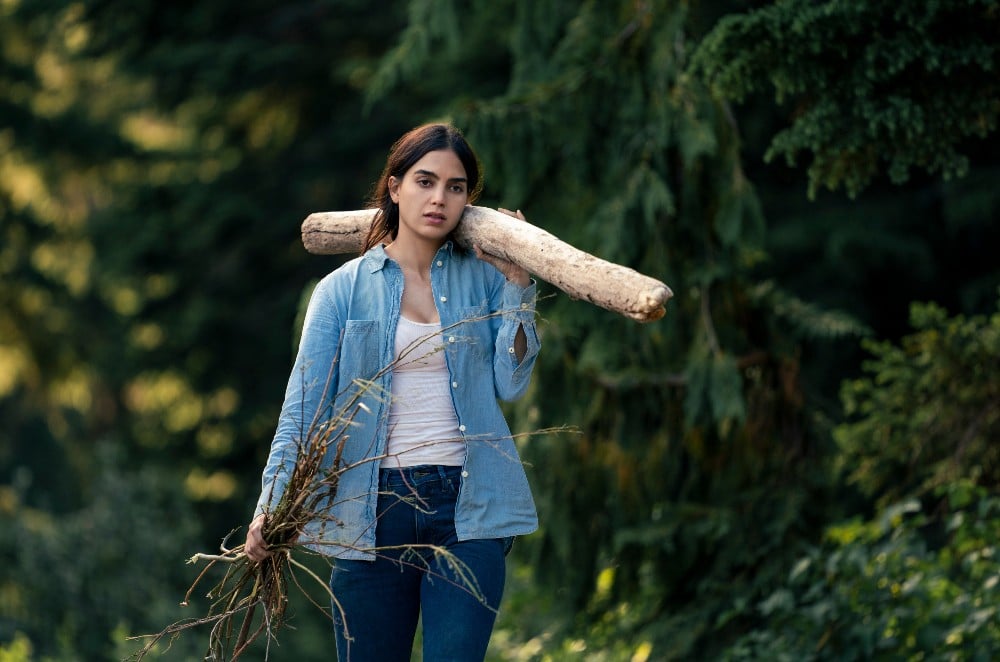 We were so moved by our experience speaking with the incredibly talented Mexican-born actress Melissa Barrera in support of her leading role in the Netflix survival drama Keep Breathing. (As an aside, it must be said that the limited series, created by Martin Gero and Brendan Gall, beautifully showcases the Canadian wilderness / British Columbia landscape.) But back to the multi-talented Barrera, this didn’t happen to be our first time speaking with the musically gifted performer. We participated in the junket for the WB movie In The Heights, which we happened to adore. In that film, Barrera played Vanessa, the love interest of Usnavi (played by Anthony Ramos), who wants desperately to get out of New York City. Ironically, in this series, Barrera embodies the role of Liv, who is a New York City lawyer that again desperately wants to get away, but she is looking to get on a plane to Inuvik for mysterious reasons that are slowly revealed in the nail-biting thriller. On the way there, having hopped aboard a prop plane that is passing by the tiny town, the plane crash lands and Liv happens to be the only survivor, trapped in the wild alone, save for what she could scrounge from the wreckage. Oh and there is not one person in sight. And there are bears. Melissa Barrera was more than willing to share details from what we can imagine was an incredibly immersive shoot, including if the actress herself happened to pick up any survival skills, as well as how the role actually transformed her into an outdoorsy person, which scenes were her favourites (the series is intercut with memorable flashback scenes that explain much of her current situation). As well, Barrera just so happened to be on the Montreal set of Scream 6, and she shared what appearing in the previous film meant to her, and previewed her upcoming movie Carmen.