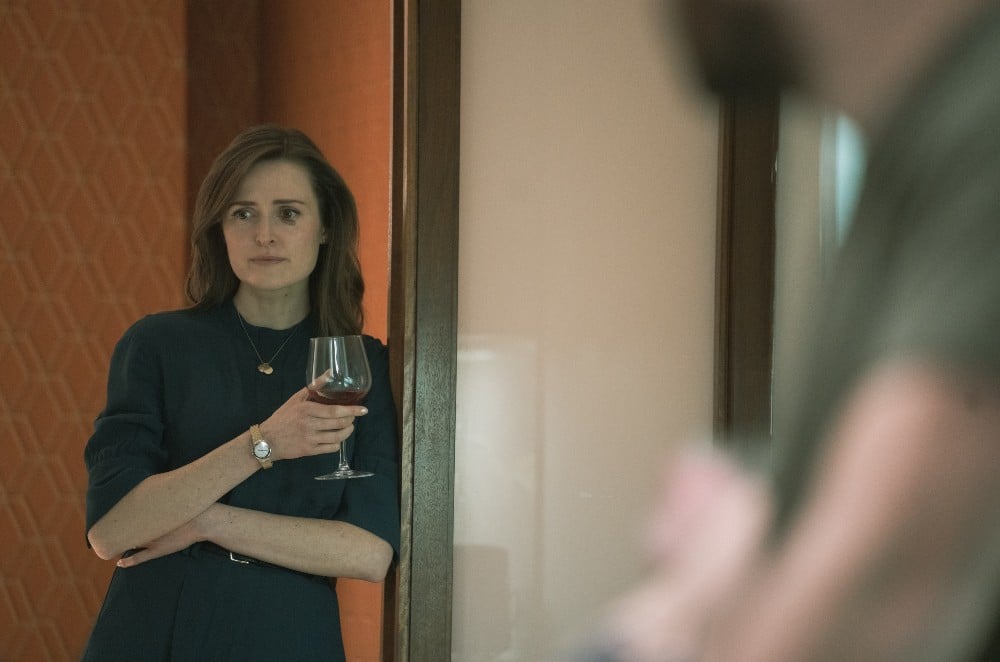 Have you ever been really into a particular show that may exist somewhat below the radar but when you hear from one of its stars then you become obsessed with it? This was kind of what happened when we spoke on Zoom video with the delightful Clare Dunne of the AMC+ Irish crime drama Kin. Though we’d recently come across Clare Dunne’s co-star Sam Keeley for his Joe vs. Carole series, as well as generally being a fan of Charlie Cox from his work on Daredevil, the story of the Kinsella family, a powerful and close-knit Irish clan that engages in organized crime, had yet to become a full blown obsession. (Also, did we mention that the heads of the two warring crime families are portrayed by the legendary Irish actors Aiden Gillen and Ciarán Hinds?!) However, after speaking with the kind Clare Dunne, we knew that we were in for something special. Dunne, speaking to us presumably from Dublin, Ireland, could not be more of a polar opposite from her Kin character of Amanda Kinsella. Dunne portrays the sort of Michael Corleone type of character in grieving mother Amanda, and the multi-talented Dunne proceeded to line praise upon her English and yet acting Irish co-star Charlie Cox who plays her brother-in law Michael (Mikey). As well, Dunne complimented Emmett J. Scanlen, who portrays her husband Jimmy Kinsella, as Amanda tried to stay away from the mob life, that is, before a family tragedy draws her in to this world and presents a dilemma for husband Jimmy.

In the course of our spirited interview about the series, Dunne confirmed that the second season will be filming this summer in Dublin, Ireland, and she shared her favourite Amanda Kinsella moments.

Kin season one is now available on Blu-ray and DVD