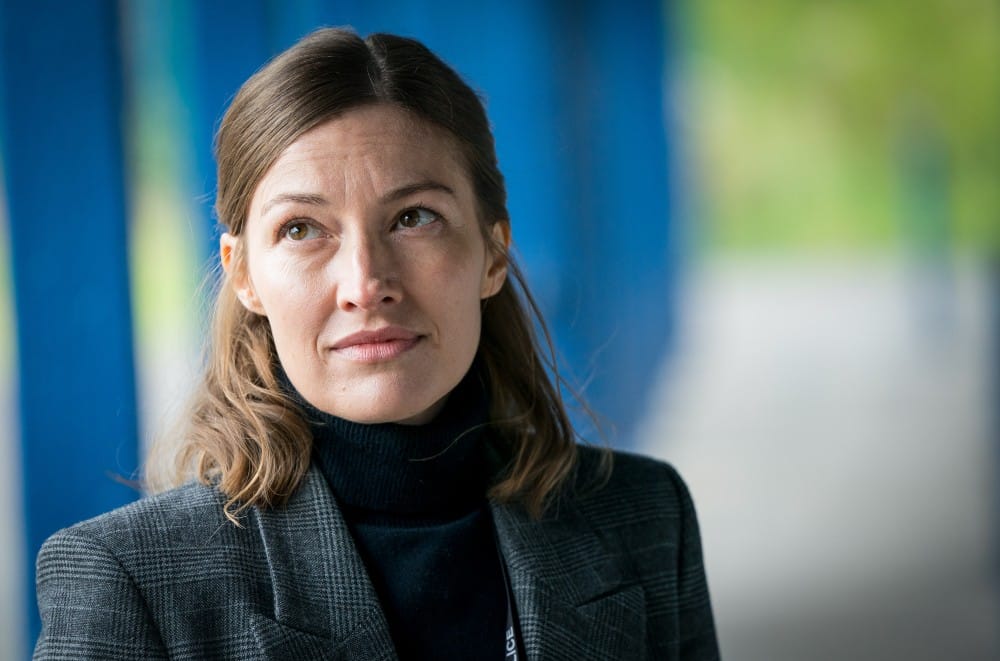 Season six of the popular police procedural Line of Duty follows the actions of Superintendent Ted Hastings (Adrian Dunbar), Detective Inspector Kate Fleming (Vicky McClure) and Detective Sergeant Steve Arnott (Martin Compston) as they investigate the conduct of the guest lead Detective, Chief Inspector Joanne Davidson (Kelly Macdonald), on an unsolved murder case whose suspicious conduct attracts the attention of the Anti-Corruption unit. This season of Line of Duty is a nail-biting thriller from beginning to end, in large part thanks to the enigmatic performance by Macdonald (Girl/Haji, Boardwalk Empire).

I was thrilled to be given the opportunity to speak on Zoom video recently with the brilliant Kelly Macdonald, and the following is an edited version of our in-depth conversation.